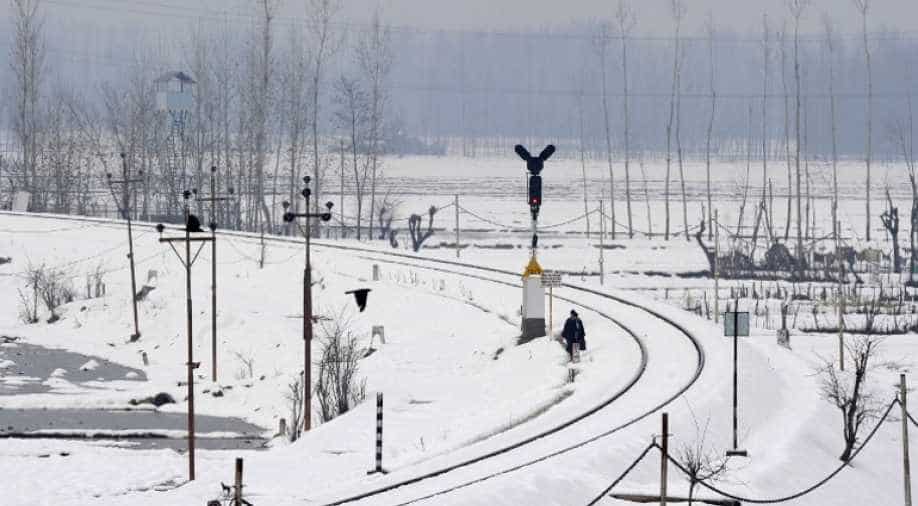 The five soldiers were trapped after the snow-track they were travelling on caved-in. (Representative image) Photograph:( AFP )

The five Indian Army soldiers, who were found trapped under snow in Kashmir's Macchil sector and rescued on Saturday, died today, taking the toll of army personnel killed in avalanches in the state to 20.

Their condition after rescue was critical, an army officer had earlier told AFP but heavy snowfall and hostile weather conditions had prevented them from being flown to a hospital in the capital Srinagar, 140 kms away.

The five soldiers were trapped after the snow track they were travelling on caved in while on their way to a border post in Machhil near the Line of Control (LoC), the de facto border that divides India with Pakistan.

They were rescued by avalanche rescue teams the same day.

Meanwhile, the mortal remains of 14 soldiers who died in an avalanche near the LoC in north Kashmir's Gurez sector on January 25 were also brought to Srinagar so that they could be sent to their native places for last rites. The inclement weather was hampering the efforts of the army to airlift the mortal remains, defence spokesman Colonel Rajesh Kalia said.

He said Army aviation pilots made repeated attempts during the past week to reach the snow-bound Gurez and Machhil in Kupwara district of north Kashmir and finally managed to evacuate the rescued soldiers besides bringing back the bodies of the deceased soldiers.

Twenty soldiers, including an officer, have died in avalanches in Kashmir in the last week. Five civilians were also killed in similar incidents in the valley.

Dozens of Indian and Pakistani soldiers lose their lives due to avalanches almost every winter along the LoC.

Kashmir has been witnessing one of the most severe winters in recent decades, with heavy snow across the territory and temperatures dipping to minus seven degrees Celsius.