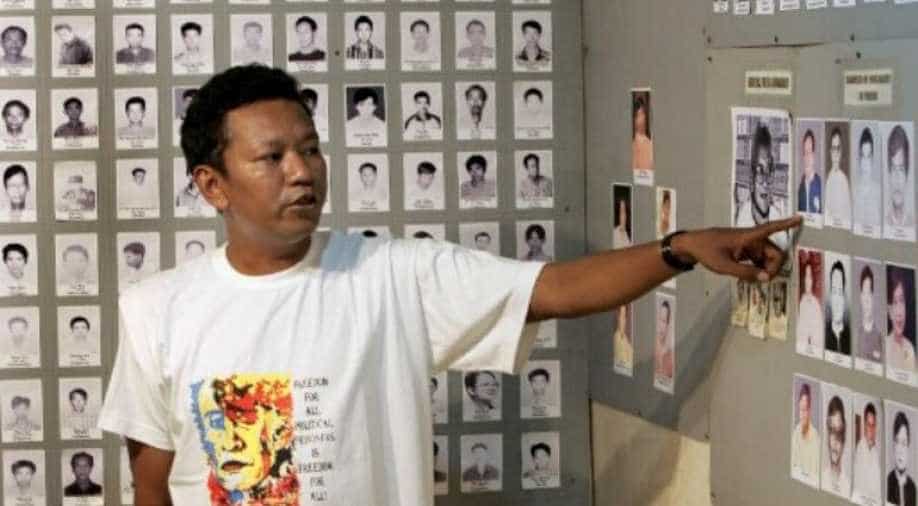 The Southeast Asian state spent nearly half a century under a paranoid, secretive junta that violently suppressed dissent, jailed its critics and locked the country off as it drove the economy into ruin.

From meditation to memory games, former political prisoners in Myanmar are dishing out tips on surviving isolation in a pandemic as the country once severed from the world again closes its borders.

The Southeast Asian state spent nearly half a century under a paranoid, secretive junta that violently suppressed dissent, jailed its critics and locked the country off as it drove the economy into ruin.

Pro-democracy activist Bo Kyi, 56, was one of thousands jailed, spending eight years behind bars in the 1990s.

His punishment included 12 months in solitary confinement in an 8 x 12 foot (2.5 x 3.5 metre) cell furnished with just a bowl for a toilet and a mat to sleep on.

Last week he posted advice on Facebook about how to cope with isolation to his compatriots holed up at home, gripped by fears over the coronavirus in a country with a threadbare public health system.

"I wanted to make sure people don't get too down," Bo Kyi told AFP.

"Do something! This is the best medicine when you are (in) isolation," he wrote in the post, signed off "In Solidarity".

During his detention Bo Kyi devoted himself to learning English, helped by a friendly guard who each day smuggled in a page from a dictionary.

The prisoner would memorise every word, then eat the page to destroy the evidence.

Accepting his reality and avoiding negative news helped keep him sane, he said, adding he also used to meditate and walk 6,000 steps a day to keep healthy.

Myanmar has reported just 21 cases of COVID-19, including one death so far, but experts say the low number tested for the virus means the real figure is likely many times higher.

There are fears the country's health system will be easily overwhelmed as cases rise. Myanmar is thought to have fewer than 200 ventilators for a population of 55 million.