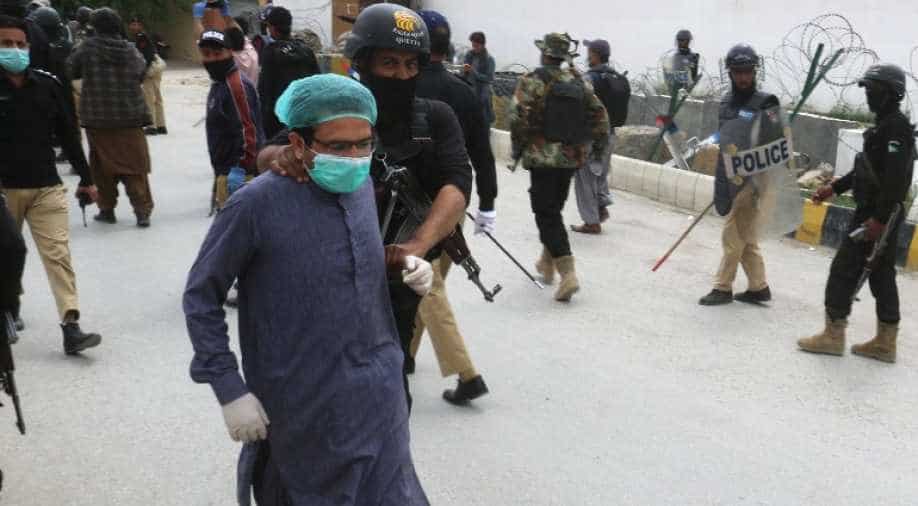 In a shocking development, Pakistan cops baton-charged medical personnel as hundreds protested over lack of gear to protect against coronavirus.

In the southwestern city of Quetta, the riot police's heavy-handed approach was seen by Reuters journalists as they thrashed doctors and paramedics who protested over the demands of safety equipment. Some medical professionals were dragged too by riot police who were armed with rifles and batons.

A senior police official said 30 demonstrators had been arrested for violating a ban on public gatherings imposed to contain the spread of COVID-19. Doctors threatened boycotting work untill the detainees were released.

Dr Abdul Rahim, a spokesman for the doctors' union leading the protest said the failure to supply safety gear to doctors and medical staff is putting their lives at risk.

“A dozen doctors have been infected while other medical staff is also suffering,” Rahim said. He added that a number of protesters were injured in the incident.

Last month, similar threats of not going to work were issued by doctors from Pakistan's capital Islamabad city too as they complained of lack of safety gear.

Pakistan's disaster management authority has said that the gear is being imported in batches.

However, a spokesman for the provincial government said that the doctors protesting were not the ones who are fighting the virus, adding hospitals in Quetta had been provided protective gear.

Pakistan has reported over 3,200 coronavirus cases so far, including 50 deaths. As many as 191 of these cases have been confirmed in Balochistan province, of which Quetta is the capital.

Pakistan to use militant tracking technology to hunt COVID 19 patients

COVID 19: Bangladesh will not extend lockdown after May 30