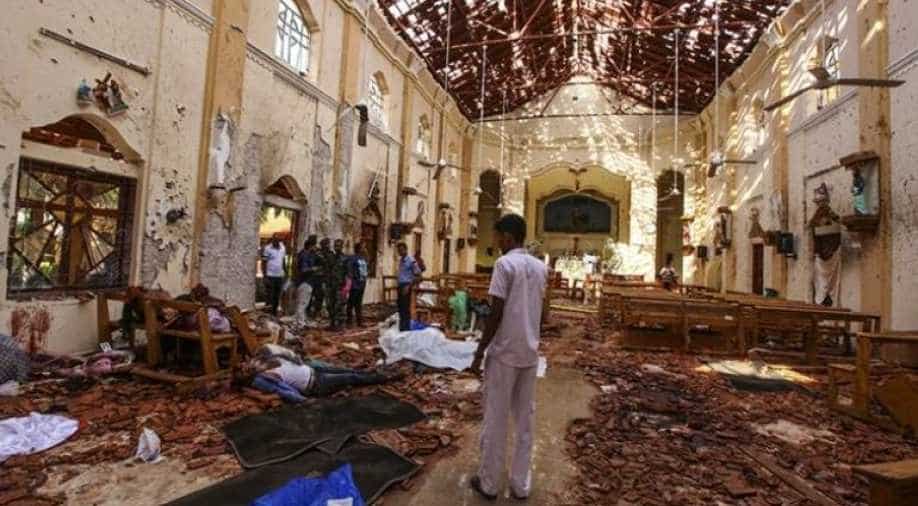 The fundraiser organised by Ishini Weerasinghe, a Sri Lankan expat currently residing in Canada has become the subject of much debate after donors charging Weerasinghe of siphoning nearly $82,882 in amassed funds

Sri Lanka's social mediascape is ablaze following what has been termed #IshiniGate, a fundraiser organized on behalf of Sri Lanka's Easter attack victims.

The fundraiser organised by Ishini Weerasinghe, a Sri Lankan expat currently residing in Canada has become the subject of much debate after donors charging Weerasinghe of siphoning nearly $82,882 in amassed funds.

Donors charge that Weerasinghe who is also a famed instagram influencer has failed to provide any tangible proof on the dispersion of the amassed funds raised on behalf of Sri Lanka's Easter attack victims following the lapse of one and a half years.

#IshiniGate — update 1: Just got off the phone with Parish priest of Katuwapitiya who said he doesn’t recall being approached by a donor by name of Ishini Weerasinghe; but agreed to double check & revert ASAP. Now we wait.

Someone who organizes financial donations in and from Canada for folks in Sri Lanka also just shared their most recent receipt. Even further proof that you do, in fact, get receipts for donating in Sri Lanka, even if it's as simple as this paper receipt that's dated and signed. pic.twitter.com/zWcXtLqUyp

The fundraiser on gofundme.com was created on 21 April 2019.

According to several updates on her fundraising campaign, Weerasinghe claims to have withdrawn the funds amounting to approximately 15 million sri lankan rupees in mid-June 2019.

She also claims that she faced several issues with regards to the disbursal of funds due to the church politics in sri lanka and various other obstacles.

Weerasinghe also claims that she has entrusted the collection of recipts to an individual, which according to her may serve as proof of the funds being genuinely distributed among Sri Lanka's easter attack victims.

However, individual clarifications on fund disbursan, particularly in the negombo parish, have turned up to the disappointment of many who supported ishni weerasinghe's initiative on gofundme.Com.

Ishni Weerasinghe has also been accused of misusing her fame in order to dupe and manipulate unsuspecting individuals.

Up against the overwhelming accusations against her, ishni weerasinghe has thus far not yet been able to provide any concrete proof regarding the disbursal of funds through her fundraising campaign for sri lanka's easter attack victims and their families.

The Catholic church in Sri Lanka meanwhile has not issues a clarification or expressed its opinion in this regard.