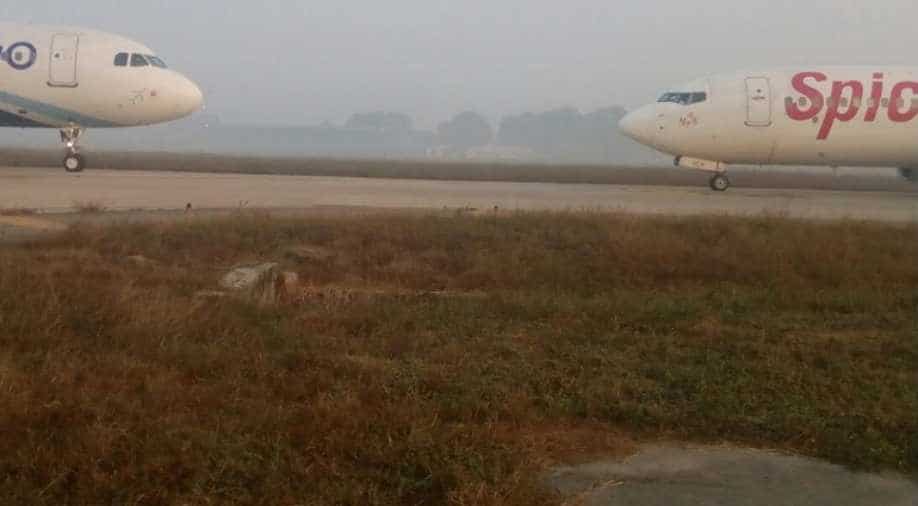 The Directorate General of Civil Aviation said the incident will be investigated. (Source: ANI) Photograph:( Twitter )

A major accident was on Tuesday morning averted at the Delhi airport after an IndiGo and a SpiceJet aircraft came face-to-face on the runway at Delhi's Indira Gandhi International Airport.

The incident occurred when the Indigo flight was moving towards taxiway after landing and SpiceJet was ready for a takeoff.

Meanwhile, the incident has been reported to the Directorate General of Civil Aviation (DGCA), which has assured of a probe.

SpiceJet confirmed the incident and said that at no point of time the safety of its passengers was at risk.

"SpiceJet flight SG 123 operating Delhi-Hyderabad was following ATC instructions at all times at the Delhi airport.

"Safety is of utmost and primary concern at SpiceJet, it said adding, "at no stage the safety of passengers and crew was compromised. All concerned authorities were immediately informed," SpiceJet spokesperson said in the statement.

Earlier in the day, a Jet Airways flight with 161 people on board veered off the runway at Dabolim airport in Goa while aligning for take off, with 15 passengers suffering "minor" injuries during evacuation.