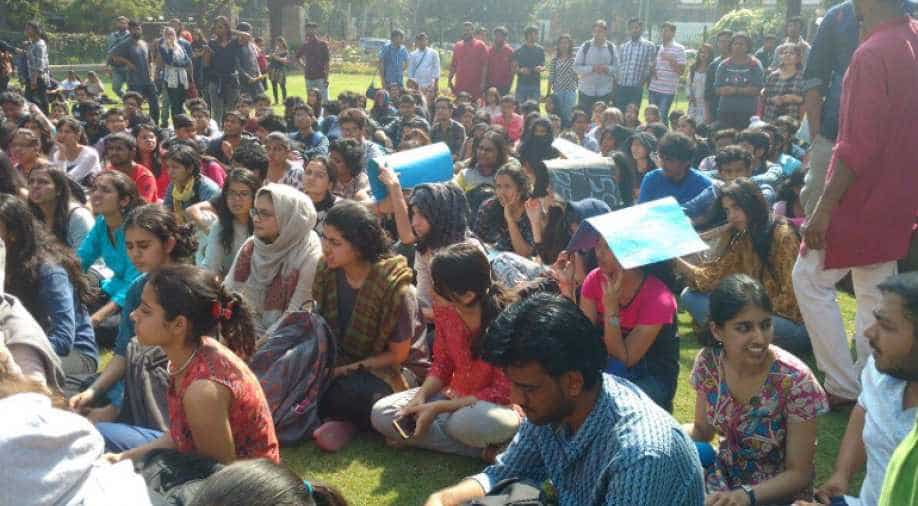 Students of Delhi University’s St Stephen's college protested Thursday against the college administration’s decision to go autonomous. They denounced the decision saying it was made without consulting the students, teachers, and non-teaching staff.

“We are protesting because our views weren’t taken into consideration. They decided to go ahead with the decision without even consulting us or the teachers and the non-teaching staff. For the last few days we have been carrying out a peaceful protest. Today, about 300 students entered the Andrews court, breaking a rule that was put in place by our former principal Rev. Valson Thampu,” a student who did not wish to be named told WION.

Students said that the college authorities didn't take the teaching and non-teaching staff on board. (Others)

In its annual budget, the central government announced provisions for more autonomy for educational institutions across the nation and earlier this month the Delhi University formed a committee for its colleges which are seeking autonomy or university status.

Last week, the governing body of St Stephen’s had called an emergency meeting to discuss the procedure for gaining autonomy, even as the Delhi University Teacher’s Association called for a demonstration saying they are “opposed to dismemberment and privatisation of DU”.