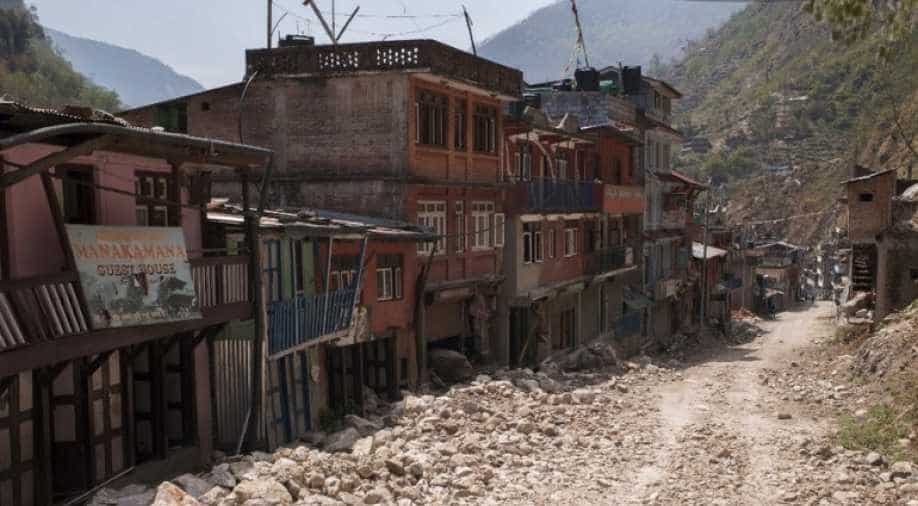 The Monastery was established in 1946 near the Nepal-China border and needed massive renovations.

The Chhyoiphel Kundeling Monastery, re-constructed with Indian grant, was inaugurated on Friday in Nepal's Sindhupalchok district, an official statement said.

The Monastery was established in 1946 near the Nepal-China border and needed massive renovations.

Buddhist scholar Shyalpa Tenzing Rinpoche inaugurated the Monastery in the Lisankhu village at a function, which was attended by Deputy Chief of Mission at the Indian Embassy, Ajay Kumar.

The Indian government provided assistance of 18.90 million Nepali Rupees for the reconstruction project.

"In addition to rebuilding the Monastery, the project also included additional infrastructure such as residences, kitchen and sanitation facilities," according to a press release issued by Indian Embassy here.

The project was implemented by District Coordination Committee, Chautara which prepared an architectural design, drawings and undertook supervision of the construction work.

Situated near the Nepal-China border, the Chhyoiphel Kundeling Monastery was established in 1946 with the initiative and contribution of locals of Lisankhu village, situated in North-East of Kathmandu.

The monastery has been involved in various socio-cultural activities such as teaching Buddhism, Thangka painting, wood carving and sculptor making etc.