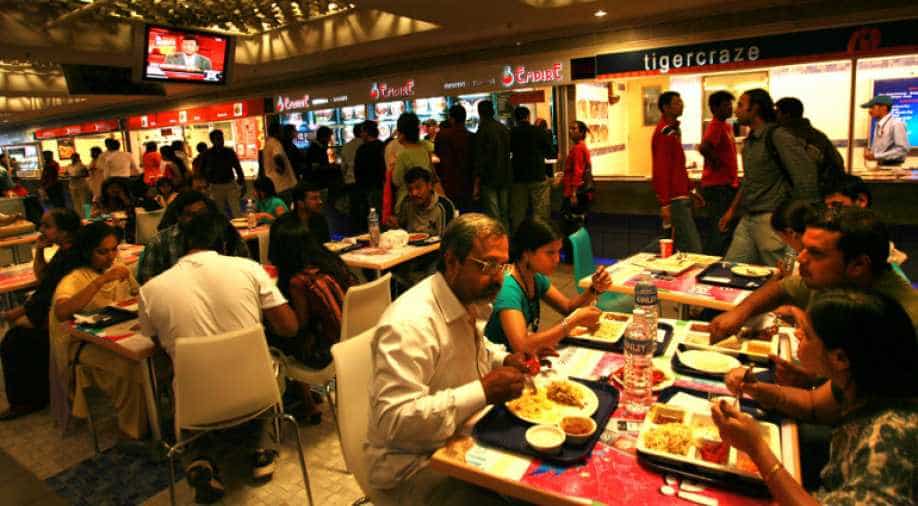 Leading players from the hospitality business have taken to social media to say service charges are 'mandatory' for customers eating at their restaurants. Photograph:( Getty )

Diners across the Capital may have raised their glasses in celebration of the government's decision to make paying of service charge optional, but some restaurant owners are far from pleased, adopting a stubborn and even confrontational attitude, in this matter. Unlike some of their counterparts who have accepted the unfairness of levying a mandatory charge, these restaurateurs have argued that they have a right to charge for service and are audaciously demanding that the consumer fork over the extra bucks for his meal.

Such restaurateurs have gone to extra lengths to make their voice heard. Arguing about how "essential" is to "boost the morale" of employees who work at odd hours, these restaurateurs seem have made themselves the sole decision makers on whether service charge should stay or not. Already, in this regard, a campaign is being formed. Since Sunday, a lot of leading players in the hospitality business have taken to social media to declare how service charge is "mandatory" for anyone who dines at their place.

Zorawar Kalra, owner, Massive Restaurants Limited, is one of the restaurateurs who seems to believe that service charge must stay mandatory. When DNA contacted him, Kalra refused to be part of the discussion, but in one Facebook post, which has since been taken down, he makes it abundantly clear that customers will have to pay service charge at his outlets, or dine elsewhere.

In the now taken down post, the former judge of MasterChef India also ranted about the "nuisance" some consumers created by being rude to waiters, behaving in an unruly manner, and damaging property. "Should the establishment charge a nuisance charge" he wrote in the post, a shocking tone for someone to adopt, especially someone who business it is to take care of people.

But Kalra's post showed that he didn't seem to be too aware of this fact, as he also wrote about a family who came with kids who damaged, "very expensive cloth," ensuring "four seats were missing from operations for four days." Interestingly, sources claim, Kalra is not too keen to have kids at his eateries for similar reasons, service charge or no service charge.

While Kalra seems to believe, if his post is anything to go by, that restaurants should be compensated for potential damage, others offer seemingly more moderate explanations for the retention of a mandatory service charge. Priyank Sukhija, owner, Lord of the drinks, firmly believes that a loss of service charge will hit employment."The advisory to make service charge optional or discretionary will affect employment. The entire money is for staff welfare and motivation. Leaving it upon the customer to decide whether the service was good or bad is not justified."

Varun Puri owner at Imly offers other more dramatic reasons, "This move will have multiple ramifications on the industry. First, it will lead to unnecessary chaos and conflict during billing. Additionally, doing away with it will also affect the operating cost for the restaurants. Earlier what was being taken care of by customers in form of service charge will now become the responsibility of the establishment to increase the salary of its staff."

The restaurateurs offer seemingly valid reasons for service charge not to go away but the question remains, will the diner and government agree? Not likely. Sukhija, who says he does not plan to waive off service charge anytime soon, however has a word of advice for the Centre. "There should not be any ambiguity on part of the government. It must decide whether it is mandatory or should do away with it completely," he says.