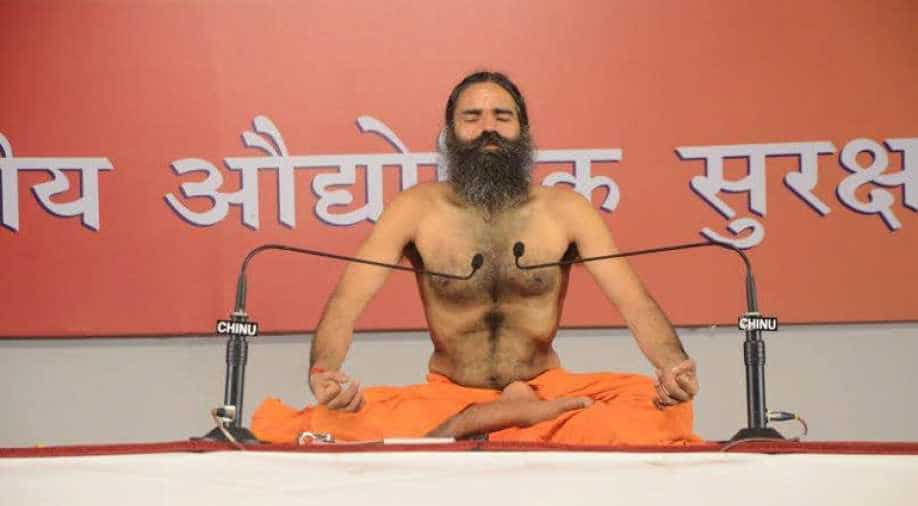 "I praise Mamata Banerjee because she is very simple and stays in a cottage and wears hawai chappals. I think she is not opposed to the demonetisation move per se. But I feel she is not happy the way it was implemented," he said. Photograph:( Facebook )

Yoga guru Ramdev today stepped forward in defence of West Bengal chief minister Mamata Banerjee. He said Banerjee is not against the move to demonetise Rupees 500 and Rupees 1,000 notes, but is protesting against the way it is being implemented.

"I praise Mamata Banerjee because she is very simple and stays in a cottage and wears hawai (rubber) chappals. I think she is not opposed to the demonetisation move as such. But I feel she is not happy about the way it is implemented," Ramdev said at the Infocom seminar in Kolkata.

Banerjee has been the most vocal critic of the demonetisation move among opposition leaders and held protest meetings in Delhi, Patna and Lucknow.

The Yoga guru-cum-entrepreneur said, "I had planted the seeds of demonetisation. I continued the movement from 2009 to 2014 and asked the government to withdraw Rupees 500 and Rupees 1,000 notes as it was the root cause of corruption, black money, terror and militant funding".

He claimed that the black money generation, corruption and terror funding has stopped totally after demonetisation.

"The common people are getting inconvenienced due to cash crisis. But none is complaining against this," he said.

Praising Prime Minister Narendra Modi for the move, Ramdev said former PM Manmohan Singh, who had never spoken a word on any issue, had actually spoken now on the issue.

"This is the effect of demonetisation you see," he remarked.