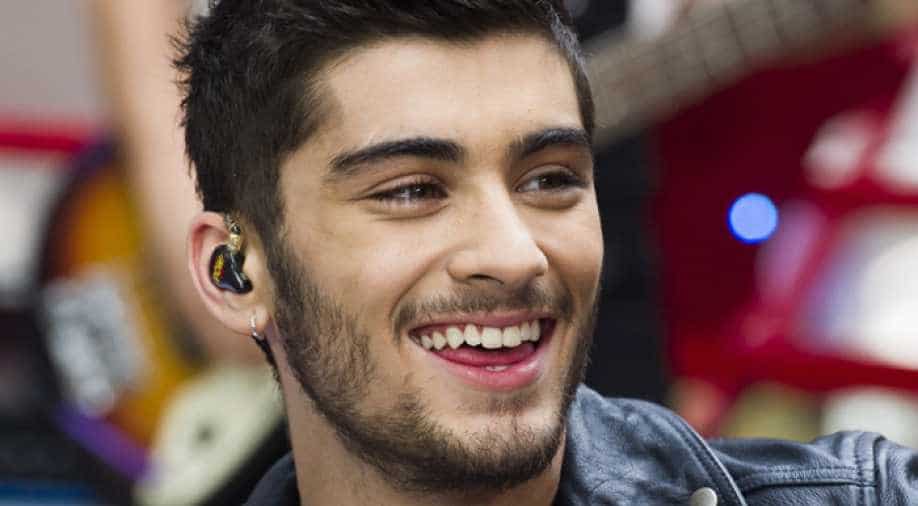 Looks like Zayn Malik's Bollywood connect is not a recent one. On Wednesday, the British singer of Pakistan origin shared a photo of his father Yaser Khan posing with veteran actor Dilip Kumar.

The photo, in monochrome, looks a bit tattered and can be seen taped from the sides.

The 25-year-old singer has recently recorded for his first Hindi song in Bollywood. The song is expected to have an Arabian influence. He talked to a fashion magazine about his experience. He said, “It’s one of the first songs I’ve sung in full Hindi, so it’s going to be cool to see what the response is.”

Zayn also spoke about his second album after Mind of Mine and said, "There’s definitely a lot of Urdu; some nice qawwali sounds. There might even be some bhangra vibes. I have worked with AR Rahman on one song."

It is a well-known fact that Zayn Malik is fond of Bollywood star Shah Rukh Khan. “I personally wasn’t a huge fan until I met him. I realised how humble he is – really saw a different side to him. He always came across as slightly arrogant in the movies to me, but when I met him in real life, he was so nice. He just completely changed my opinion of him.”

This kid is so cool. May Allah bless him. Dinner time at the Asian Awards. pic.twitter.com/l0gV12n0kv

Khan and Malik's selfie a few years back at an event had gone viral almost instantly.