Big lesson for other invaders and for our future generation, says Taliban as US troops leave Afghanistan 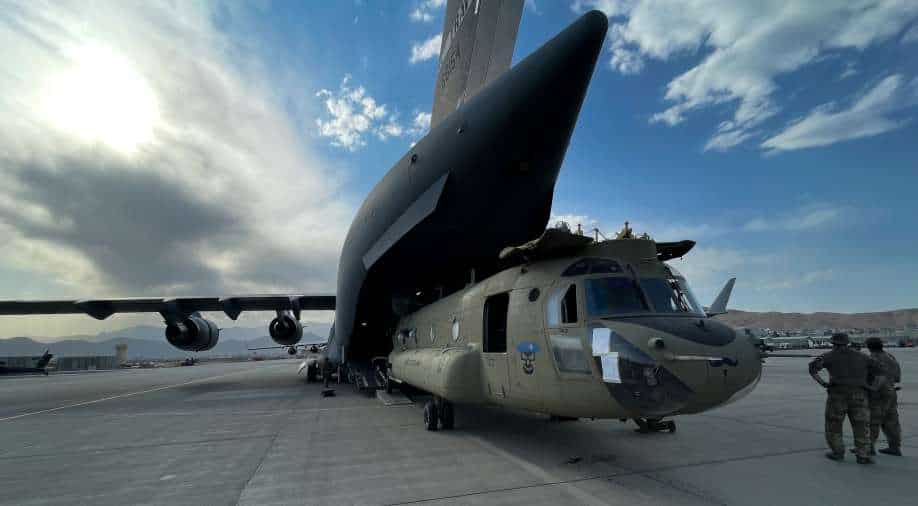 President Biden had set August 31 as the final date for military withdrawal from Afghanistan.

As the US troops left Afghanistan on Monday night, the Taliban in a statement said, "Congratulations to Afghanistan... this victory belongs to us all."

The Taliban added that it is a "big lesson for other invaders and for our future generation," adding: "It is also a lesson for the world."

Watch: Taliban engages in celebratory gunfire as US troops leave; 2 fighters die due to gunshot wound

"First I congratulate the whole nation because we have achieved our independence and we were able to force the Americans to leave after 20 years of jihad and sacrifice, all foreign forces, especially the Americans left Afghanistan last night around 12 o'clock and our country achieved its independence," the Taliban spokesperson said.

The US troops left one minute before Tuesday in a C-17 cargo plane from Kabul's Hamid Karzai international airport. US ambassador Ross Wilson was on the last flight home which had few passengers.

"This independence belongs to the whole nation and all our people were involved in it, they have suffered hardships in these 20 years," the Taliban spokesman added.

Watch: How US 'demilitarised' Humvees, C-RAM systems and aircraft at Kabul airport

President Biden had set August 31 as the final date for military withdrawal from Afghanistan.

Reports said the Taliban took control of the airport as the US troops left as guards inspected destroyed US helicopters and armoured vehicles.

"Our plans are extensive, for the airport and the whole country, we would like to announce the good news that the war has ended, overall security will return, there will be a plan for the airport to resume its activities," Zabihullah Mujahid said.

The Taliban also reportedly removed all checkpoints leading up to the airport as Taliban guards surrounded the area.

"We give full assurances to everybody, no-one should have any concerns, the Islamic Emirate is here to provide security, to secure people's dignity, we work for that day and night. God willing a government will soon be announced, all government offices will reopen, the banks and the economy will start moving," he added.

With inputs from Agencies)