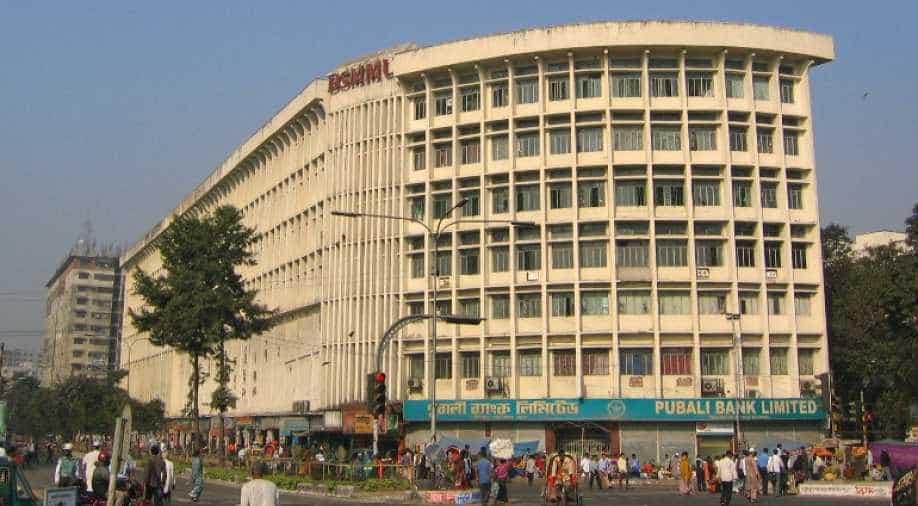 Representative image: Bangabandhu Sheikh Mujib Medical University is the first and only medical university in Bangladesh. Photograph:( Others )

Desperate to end their suffering, an impoverished Bangladeshi father has begged permission to kill three terminally ill members of his family, sparking a rare debate about euthanasia in a deeply conservative society.

"I have taken care of them for years. I took them to hospitals in Bangladesh and India, I sold my shop to pay for their treatment but now I'm broke," said Tofazzal Hossain as he describes his years-long struggle to cope with the costs of looking after his two sons and grandson.

"The government should decide what it wants to do with them. They are suffering and have no hope of recovery. I can't bear it any longer."

Hossain, a fruit vendor from the rural west of the country, wrote to his local district administration pleading for them to either help care for his loved ones -- who suffer from an incurable form of muscular dystrophy -- or "allow them to be put to death with medicine", he told AFP.

One of Asia's poorest countries, Bangladesh lacks any kind of free health care, and medical treatment is often beyond the reach of the tens of millions of inhabitants who live below the poverty line. An estimated 600,000 Bangladeshis suffer from incurable diseases, yet the country has just one palliative care centre and no hospice services.

This leaves few treatment options for Hossain's sons, aged 24 and 13, and eight-year-old grandson, who are afflicted with Duchenne Muscular Dystrophy.  This rare genetic disorder is characterised by progressive muscle degeneration and patients rarely live beyond 30 years of age.

Hossain said his sons were aware of their condition but could do little for themselves, unable to move and confined to their beds. The grandson can still go to the washroom, but his condition is worsening. "I told them about the letter. I told them (about seeking permission for their deaths). They did not take it seriously. Perhaps they did not understand the severity of the situation," he said.

His eldest son, 24-year-old Mohammad Abdus Sabur, said he spent his days watching television and talking with their father. "I tell father not to worry too much," he told AFP.

An AFP correspondent's attempt to ask the son about his father's desperate appeal was met with stern rebuke from Hossain, who said it would hurt them.

Mahbubul Alam, a doctor who has treated the Hossain family, said there was no cure for their condition and they lived in extreme pain. "It's a humanitarian case. Everyone should come forward (and help)."

An act of murder

A government official who visited the family after Hossain's appeal grabbed national headlines said the request was "the plea of a helpless father".

"He asked for their medical assistance, or permission to kill them. But who will give the permission to kill?" he told AFP. Authorities were trying to find ways to help Hossain bear the cost of their care, the official added.

Their plight has sparked a rarely-seen debate about euthanasia in Bangladesh, where even attempted suicide can land one in prison. So-called "mercy killing" is forbidden both under the secular law of the land, and by religious code adhered to by the Muslim-majority population.

"Euthanasia is completely illegal in Islam. It is the government's duty to take responsibility for every citizen," top Islamic cleric and scholar Fariduddin Masoud told AFP.

The overwhelming majority of Bangladeshis not only disapprove of mercy killings but would oppose the mere discussion of it, said Nur Khan Liton, head of local rights group Ain O Salish Kendra. "They consider it an act of murder. It's the duty of the government and society to look after these victims," he told AFP.

But sympathy for Hossain's family has run deep on social media, where many have offered thoughts and prayers amid calls for the government to improve its paltry health services.

Nezamuddin Ahmed, the head of Bangladesh's sole palliative care centre in the capital Dhaka, said it was time for an "honest discussion" about the issue and improving care for those suffering from incurable diseases.

"I think this will lead to healthy debate about assisted death," he said. "But before launching into this, the government should strengthen palliative care services here. There has to be something we can all do to ease the suffering of these helpless people."