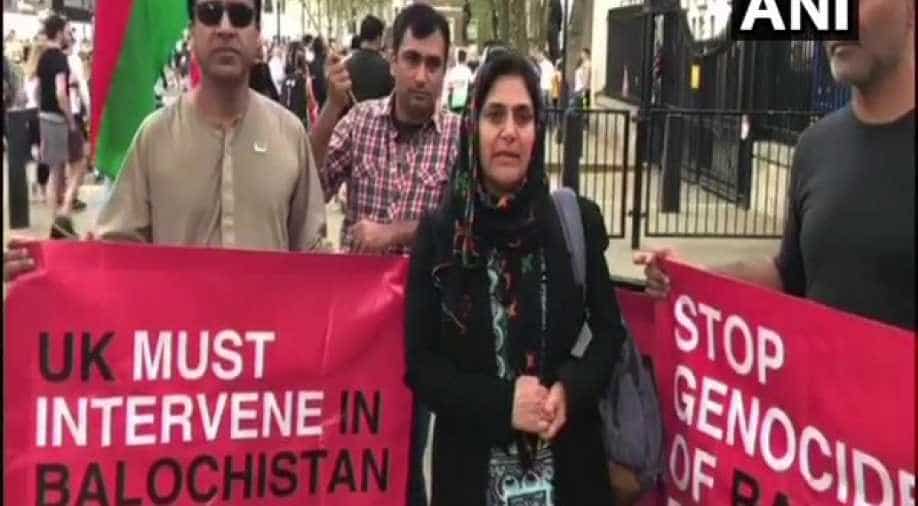 Scores of protesters on Sunday gathered outside 10 Downing Street - the official residence of British Prime Minister - in London to protest against human rights violations in Balochistan by Pakistani authorities.

Baloch Republican Party's UK chapter posted pictures and a video clip of the same on Twitter.

Positing 10 pictures from their "official" Twitter handle, the party captioned them as "BRP urged @10DowningStreet & international community to take notice of massive Human Rights abuses being committed in #Balochistan by the Pakistani security forces. #HumanRights #London".

Members of Baloch Republican Party UK, protested yesterday at 10 Downing Street in London against human rights violations in Balochistan by Pakistan and demanded an intervention by the United Kingdom. pic.twitter.com/TFwwVtepeI

The party workers distributed informative pamphlets to the public and shouted slogans such as - "We want Freedom" and "Stop Killing Baloch" during the protest.

The Baloch activists have been trying to voice their concerns at multiple international platforms, including the United Nations.

Recently, at the 37th session of the Human Rights Council, activists raised the issue of enforced disappearances, torture and killings of several Baloch activists and intellectuals.