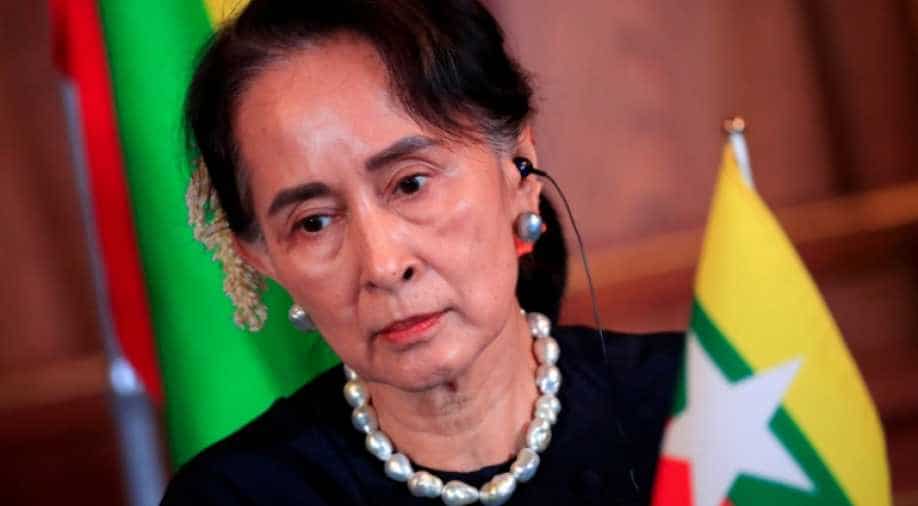 While the world is campaigning for democracy in Myanmar, they are unlikely to campaign in favour of Suu Kyi specifically

Aung San Suu Kyi is being called the hero of democracy in Myanmar. Being denoted as 'the lady' who spent 15 years under house arrest so that Myanmar could one day have democracy. She formed Myanmar's first civilian government in 2015.

Analysts outside the country say the leader isn't all about self-sacrifice but her country loves her.

In 2020, more than 70 per cent of Myanmar's voters braced the pandemic to vote Suu Kyi back to office. Now, less than three months on, she, along with the country's democratic future, have been detained.

Experts say this coup d'etat is the end of her political career.

Suu Kyi is the daughter of Aung San — the man who led Burma to the brink of independence in the 1940s. Suu Kyi was just two years old when her father was killed. She attended school in India, studied at Oxford and accidentally entered politics in 1988.

For decades she shouldered the dreams of her father — building up a free Burma.

She survived detention, house arrest. Her countrymen put her on the same pedestal as Václav Havel, Lech Wałęsa, and Nelson Mandela. Though Suu Kyi never really compared herself to Gandhi, his photo hung on the wall of the house in which she was detained for the better part of two decades.

In 2015, she finally had her shot to steer Myanmar into democracy but she chose to make exceptions to the country's democratic progress.

When Myanmar's military orchestrated a genocide in the Rakhine state and forced millions of Rohingyas to flee their homes, Suu Kyi looked the other way. She did little to stop the atrocities and indifference was seen as a betrayal by her supporters abroad.

The Nobel committee awarded her the peace prize in 1991. This award had made her one of the world's most prominent dissidents — the face of human rights. However, Suu Kyi ended up as one of the biggest challengers of human rights. She defended the army against charges of genocide. She said the military was "exercising the rule of law" in Rakhine.

In 2018, she described the generals in her cabinet as 'rather sweet'. In 2019, she went to the Hague, stood in front of the international court of justice and defended the genocide as a legitimate military operation against terrorists. She traded her goodwill to be in the good books of the military.

Three years on, the same military has imprisoned her. This coup marks the end of her career, and we can give you three reasons why.

The generals have taken control of Myanmar. The constitution allows the state of emergency to go on for one year and the military has no plans of handing the baton back to the parliament before that. After that, if they want to continue the facade of democracy, the military will obviously help its proxies come to power.

They may not want Aung San Suu Kyi to be the future of Myanmar.

While the world is campaigning for democracy in Myanmar, they are unlikely to campaign in favour of Suu Kyi specifically.

She has lost the mystique of self-sacrifice. Once a face of resistance against the military, she now became one of its staunchest spokespersons.

If the two decades of house arrest shaped her political career, the current detention is likely to put an end to it.

She had famously written 'the only real prison is fear. The only real freedom is the freedom from fear'. Her fears of being in the military's bad books may have cost Suu Kyi her freedom and political career.