As PM Oli's NCP heads towards a split, China intervenes 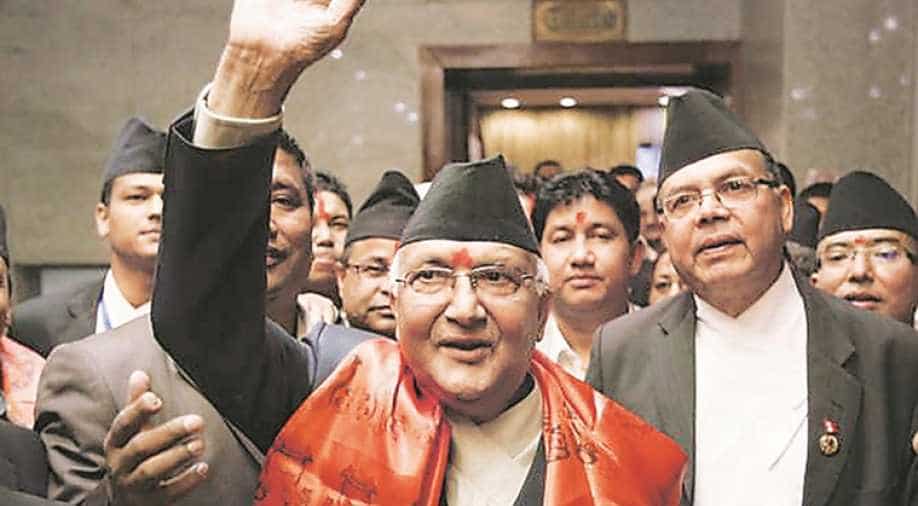 The Nepalese media reports claim that Oli is trying to float a new party,

Nepal's Communist party is heading towards a split as the Chinese ambassador to Nepal Hou Yanqi holds closed-door meetings.

The rival factions of the NCP has two sides, one is led by PM Oli, the other by former Prime Minister Prachanda. The Chinese envoy has been talking to both factions and is trying to broker a truce.

The fact that Nepal is puppeteered by China is no secret and now Kathmandu is not even trying to hide it. The Standing Committee of NCP had met on Tuesday but the meeting was cancelled by PM Oli. The prime minister was stalling the meeting with his party members because he did not want them to pass a resolution against him or a resolution in support of Prachanda.

A formal split means the government would fall and Nepal would head to an election. The Nepalese media reports claim that Oli is trying to float a new party, one of Oli's confidants has also filed an application with Nepal's election commission, so, Oli clearly is preparing for a split.

However, it is highly unlikely that the Nepal PM will get the voters support due to the massive protests against him with not everyone happy in Nepal with the NCP's growing proximity to China.

China is playing puppet with Nepal by encouraging it to amend its map and claim Indian land, ban private Indian channels, declare Lord Ram a Nepali, shun American aid, repress citizen protests and even send the army to its border with India.

China has taught Oli to whip ultra-nationalism and Prime Minister KP Sharma Oli followed the Dragon blindly. The result is  PM Oli has lost the support of the voters and his party.