Arrangements being made for 1800 tourists impacted by Uttarakhand landslide: Chief Minister 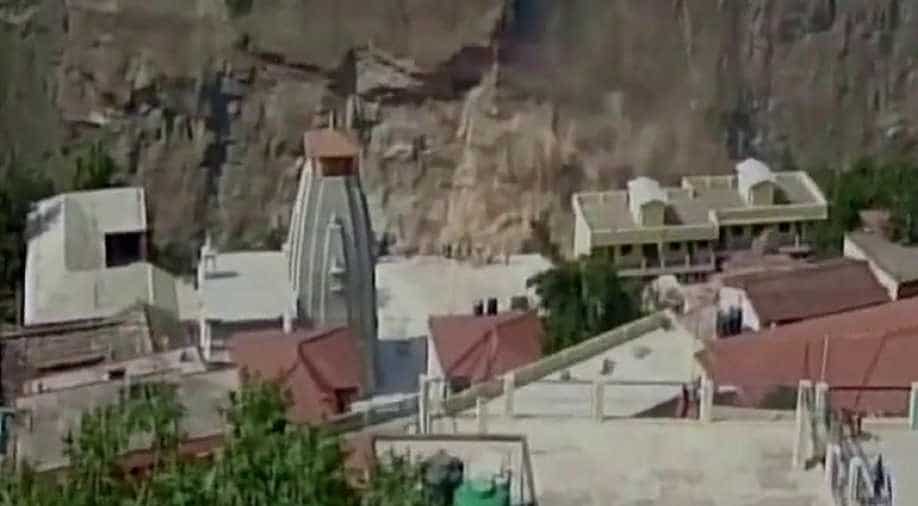 Uttrakhand has been hit by a landslide Photograph:( ANI )

Around 1500-1800 tourists were feared stranded after a landslide occurred near Vishnuprayag in Uttarakhand's Chamoli district, blocking the Rishikesh- Badrinath National Highway.

Uttarakhand Chief Minister Trivendra Singh Rawat said today that 1800 tourists had been affected and not 15,000 as some media reports claimed earlier.

He said arrangements were being made for their rescue, authorities were working on clearing debris, and that the route will be open today.

#SpotVisual: Officials inspect landslide site in Uttarakhand; BRO working to clear Highway; all assistance being given to stranded tourists pic.twitter.com/ADzF1PHXsU

District Collector Ashish Joshi said on Friday that BRO (Border Roads Organisation) personnel are engaged in clearing the roads and it could be opened for the traffic by tomorrow afternoon.

He also said efforts are on to provide all facilities to 1,000-1,500 pilgrims who are at Joshimath, Karnaprayag, Pipalkoti, Govindghat and Badrinath.