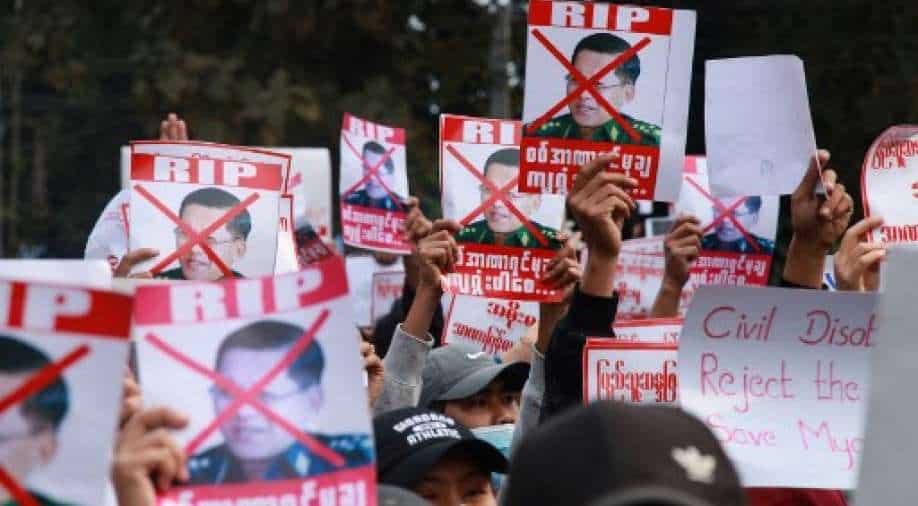 Demonstrations began in Myeik with large crowds gathering in Yangon and Mandalay for the seventh consecutive day defying ban on protests.

Protesters came out on the streets in Myanmar on Friday against the military rule imposed last Monday even as the country's leaders announced the release of  23,000 inmates as part of a prison amnesty.

Demonstrations began in Myeik with large crowds gathering in Yangon and Mandalay for the seventh consecutive day defying ban on protests.

The protesters have been calling for a return to democracy and freeing National League for Democracy (NLD) party leader Aung San Su Kyi who was detained in the early morning hours on February 1 as the military staged a coup in the country.

Su Kyi hasn't been seen in public for the past fortnight even as the military has detained several top NLD leaders.

The military leaders alleged there was voter fraud during last year's election, a claim which has been dismissed by protesters.  The protests have been joined by cross-section of people of society with civil servants, teachers and other government employees joining the anti-military demonstrations.

As tensions escalated between Myanmar's citizen's and the military, President Biden's administration cut military's access to $1 billion in funds in the United States and warned against further sanctions.

Several countries have condemned the military's action with UK Foreign Secretary Dominic Raab declaring that the international community will not accept the coup in Myanmar, while declaring that  "we will hold those responsible to account".