After Taliban govt resumed issuing passports, hundreds queue outside the office in a bid to leave Afghanistan 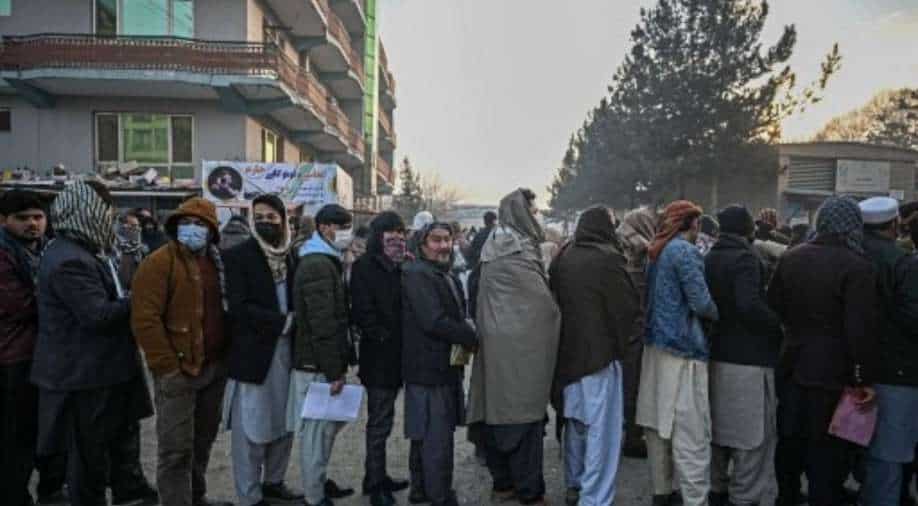 People queue to enter the passport office at a checkpoint in Kabul on December 19, 2021, after Afghanistan's Taliban authorities said they will resume issuing passports. Photograph:( AFP )

The issue of passports was halted after the Taliban returned to power in August. However, in October, authorities reopened the passport office in Kabul only to suspend workdays later

After the Taliban government announced that it would resume issuing travel documents, people in Afghanistan rushed to the passport office on Sunday (December 19). AFP has reported that many people started waiting outside the office from the previous night.

Recently, deputy Foreign Minister, Sher Mohammad Abbas Stanikzai weighed in on the migration issue as he said that if the political and economic situation doesn't change, there will be "more migration".

He was speaking at a special meeting meant to mark the UN's international migrants day which was attended by representatives of the International Organization for Migration (IOM) and UNHCR, the United Nations refugee organisation.

After the Taliban took control in Afghanistan, some people in the country want to leave. A few have medical emergencies as they need to go to some other country for treatments, some just intend to escape the Islamists' renewed rule.

Mohammed Osman Akbari, 60, said he was urgently trying to reach Pakistan, because dilapidated hospitals at home were unable to complete his heart surgery. He told AFP that medics "put springs in my heart", referring to a stent. "They need to be removed and it's not possible here."

The issue of passports was halted after the Taliban returned to power in August. However, in October, authorities reopened the passport office in Kabul only to suspend workdays later.

Now, the office said that the issue has been resolved and those whose applications were already in the process can now get their documents.

The United Nations has warned that Afghanistan is on the brink of the world's worst humanitarian crisis due to a lack of funds to run the economy. After the Taliban came to power, major donors halted their support for the country by freezing funds. Afghanistan also faced challenges of drought caused by global warming.