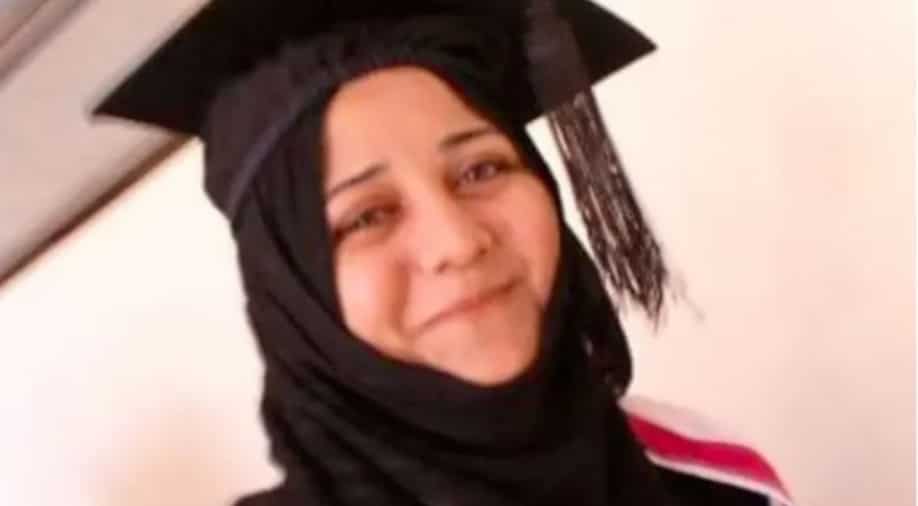 In this file photo, Sajida Tasneem can be seen during her graduation ceremony. Photograph:( Facebook )

After Tasneem's husband, Ayub Ahmed, forced her to travel to Pakistan with her three children from their home in Perth, he himself returned to Australia

Following an argument about moving back to Australia with her children, Sajida Tasneem, an Australian woman, has allegedly been bludgeoned to death by her father-in-law with an axe in northern Pakistan.

After Tasneem's husband, Ayub Ahmed, forced her to travel to Pakistan with her three children from their home in Perth, he himself returned to Australia.

“After my daughter’s return, Ahmad started demanding all the documents. On his repeated insistence the documents were handed over to him,” Khan said.

Also read | For shame!: In yet another 'honour killing,' Pakistani brother murders his sister for pursuing dancing

On June 11, Khan said he allegedly witnessed Ahmad hurling abuse at his daughter and later stuffed a cloth in Tasneem’s mouth and threatened to kill her father.

Tasneem died at the scene after being allegedly hit on the head with an axe, according to Syed Saqlain Jaffer, a police deputy superintendent.

“The crime tool, the axe through which the murder was committed, has also been recovered. It shows the involvement of Ahmad,” Jaffer told the Guardian.

“The investigation is ongoing. We are investigating the presence of other family members at the crime scene,” he added.

Tasneem's three children is now with Khan who is in touch with the Australian embassy which offered its condolences.

In response, Australia’s Department of Foreign Affairs and Trade said “The family is being provided consular assistance. Owing to our privacy obligations we will not provide further comment.”