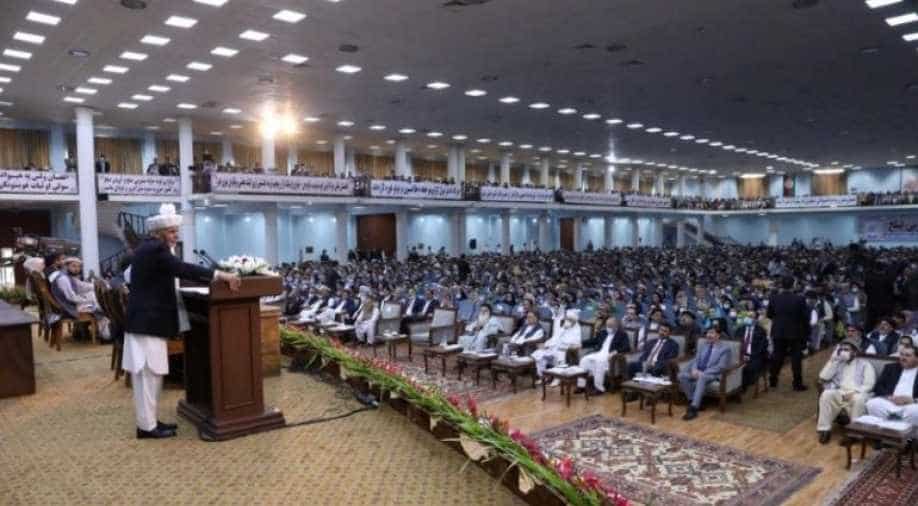 The grand assembly has come to a decision to release 400 'hard-core' Taliban prisoners.

Thousands of Afghan elders, community leaders and politicians gathered on Friday for a grand assembly, known as Loya Jirga, to debate government efforts to make peace with the Taliban.

After a long debate, several disagreements and few protests the grand assembly has come to a decision to release 400 "hard-core" Taliban prisoners.

"In order to remove the hurdles for the start of peace talks, stopping bloodshed, and for the good of the public, the jirga approves the release of 400 prisoners as demanded by the Taliban," jirga member Atefa Tayeb announced..

The grand assembly was attended by almost 3,200 people with the aim to start a conversation on peace talks between Afghanistan and the Taliban.

This new resolution was passed after the Taliban insisted that the "hard-core" prisoners should be released before entering peace talks with the government.

The list of prisoners to be released includes some of the criminals who have been responsible for some serious offences, with almost 150 of them on death row.

The prisoners include 44 insurgents of particular concern to the United States and other countries for their role in "high-profile" attacks.

Criminals proven guilty of the 2018 attack on the Intercontinental Hotel in Kabul and May 2017 truck bombing near the German embassy in Kabul are also in this list. The former Afghan army officer who killed five French troops and wounded 13 in 2012 will also be released under the agreement.

"The decision of the loya jirga has removed the last excuse and obstacles on the way to peace talks. We are on the verge of peace talks," said Abdullah Abdullah, who has been appointed by the government to lead negotiations with the Taliban.

"This is a very happy day. Based on the information I have the intra-Afghan talks would begin within two to three days after the release of the 400 Taliban prisoners," former president Hamid Karzai told the gathering.

Few hours before the resolution was passed, the family of a French woman murdered in Afghanistan criticised the the release of her killers.

"Such a decision to free (them) made on the basis of horse-trading would be, to us, her family, inconceivable," said Bettina Goislard's family, who was killed while working for the UN refugee agency in 2003 in Ghazni, south of Kabul, by two men who are on the list of Taliban prisoners held by the Afghan government and may be set free.