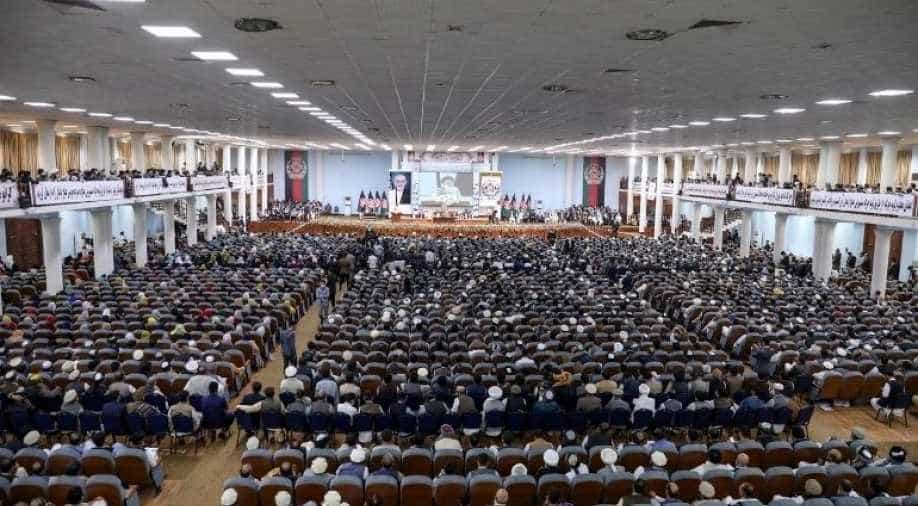 Ghani opened three-day Loya Jirga, a traditional assembly of tribal elders and other stakeholders sometimes organised to take a call on controversial issues

Amid scenes of chaos, Afghan President Ashraf Ghani urged thousands of prominent people in a gathering to help him decide the fate of about 400 Taliban prisoners, which includes those involved in serious crimes.

Ghani said these words as he opened three-day Loya Jirga, a traditional assembly of tribal elders and other stakeholders sometimes organised to take a call on controversial issues.

Chaotic scenes witnessed in the Afghanistan Council after an independent parliamentarian, Belqis Roshan, was assaulted following her criticism of Afghan President Ashraf Ghani (@ashrafghani) over the release of Taliban prisoners pic.twitter.com/0uUiryVWgN

The release of these Taliban terrorists, some of whom are also facing the death penalty, didn't go down well with Roshan Belqis, an independent lawmaker, who criticised Loya Jirga and Ghani for deliberations.

As Ghani began speaking, she stood up and displayed a banner that read: "Redeeming Taliban is national treason."

Belqis was asked to leave and then as she began running with the banner, she was chased down by a pro-Talibani leader Nasimah Niazi, who brutally pushed her towards the floor.

The Afghan government has already released about 5,000 Talibani prisoners but is struggling to make a call on remaining 400 prisoners, some of which are accused of gruesome crimes.

As per an earlier agreement signed between the terror group and the US, the release of Talibani inmates is a pre-condition for intra-Afghan talks.

Ghani, during his address, suggested that the prisoners should be released, if talks need to go ahead.

"If they are not freed, not only would they continue the war but they would intensify it. But it was not possible to release them without consulting the nation," the Afghan president said.

However, he said he would endorse any decision taken by the assembly.