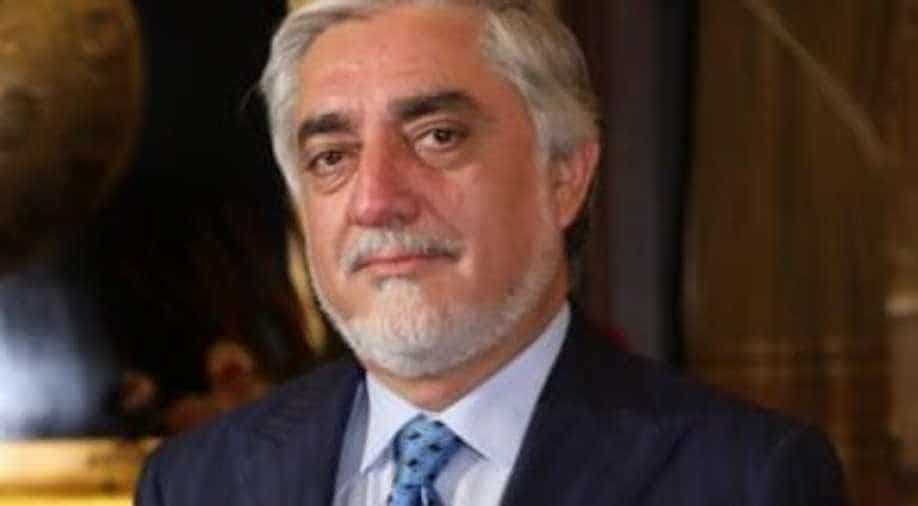 The Taliban, who are Sunni hardliners, denied responsibility and the attacks were claimed by the Islamic State group

The Afghan government and the Taliban are "very close" to breaking a deadlock in peace talks, a senior Afghan official said Saturday, adding that the US troops military presence was still necessary.

Talks began in Doha on September 12, but there were soon issues over agenda disagreements, the basic framework of discussions and religious interpretations.

Meanwhile, violence has raged in Afghanistan with a series of rocket attacks Saturday in Kabul, which killed at least eight people.

The Taliban, who are Sunni hardliners, denied responsibility and the attacks were claimed by the Islamic State group.

"We haven't moved towards discussion of the main substance of negotiations, the main agenda," Abdullah Abdullah, chairman of Afghanistan's High Council for National Reconciliation, said in an interview with AFP during a visit to Turkey.

But, giving cause for optimism, he added: "We are close, we are very close. Hopefully we pass this phase and get to the substantial issues" including security.

Abdullah's comments come a day after a senior Taliban leader based in Pakistan told AFP that "sufficient progress" had been made on key sticking points.

Turkish forces have taken part in NATO's International Security Assistance Force in Afghanistan, while Turkey has also been a transit country for Afghans fleeing violence and seeking refuge in Europe.

Abdullah also said US troops should withdraw from Afghanistan "when the conditions are met".

President Donald Trump's administration said this month it would pull 2,000 of its 4,500 troops from Afghanistan by January.

"Of course we would have preferred it differently," Abdullah said, warning the move would have "some impact".

US President-elect Joe Biden also advocates winding down the war.

"My message to the next administration will be to see the conditions because those troops are there for a reason. They're there to help in the fight against terrorism, and are also supporting Afghan institutions," Abdullah said.

The peace talks in the Qatari capital started after the Taliban and Washington signed a deal in February, in which the US agreed to withdraw its forces by mid-2021.

The Taliban in exchange said it would not attack US forces and agreed to talks.

US Secretary of State Mike Pompeo on Saturday was due to hold talks with Afghan government negotiators and the Taliban.

Abdullah said Afghans still wanted a ceasefire but suggested the government was flexible on what that would mean on the ground.

"If a complete comprehensive ceasefire is not possible, moving towards a humanitarian ceasefire, or a significant reduction in violence so the people can see and feel like there is a change" could be options, he said.

"Our delegation has been advised to be flexible."

But Abdullah warned the increasing violence was "damaging the trust of the people over the process and the government will not be immune from that impact".

The Afghan government this week said the Taliban killed over 1,200 civilians in 53 suicide attacks and 1,250 explosions over the past six months.