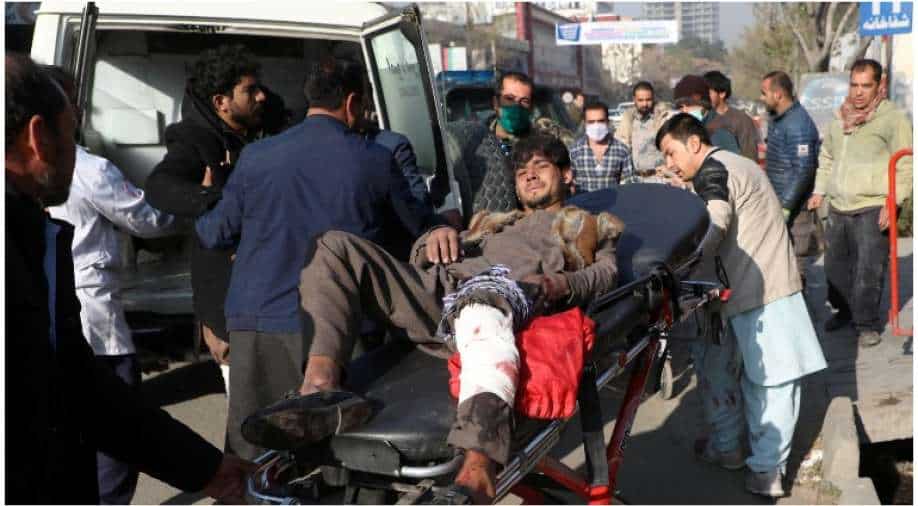 An injured man is carried to a hospital after rockets hit residential areas in Kabul, Afghanistan November 21, 2020 Photograph:( Reuters )

The terrorist attack was earlier blamed on Taliban

The Afghan government initially blamed Taliban but it denied responsibility of the attack.

"The terrorists fired 23 rockets on the city of Kabul. Based on the initial information, eight people were martyred, and 31 others were wounded," said interior ministry spokesman Tariq Arian earlier, as quoted by news agency AFP.

The terrorist attack in Kabul took place around 0430 hours (GMT) on Saturday.

At least one rocket landed in an office inside the Green Zone, but did not explode.

The Iranian embassy said on Twitter that its main building had been hit by rocket fragments after one landed on the premises. No one in the compound, located just outside the Green Zone, was wounded.

The terror attack in Kabul took place on the day when US Secretary of State Mike Pompeo was travelling to Qatar to hold discussions with Taliban delegation on the Afghan peace process.