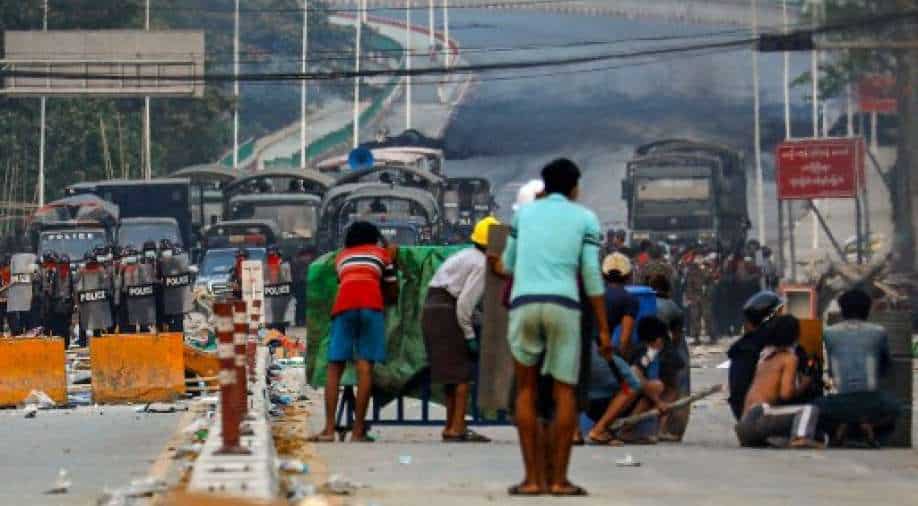 The military which ousted Aung San Suu Kyi's democratically elected government last month has imposed a state of emergency for one year amid raging nationwide protests.

According to the United Nations, at least 138 people have been killed so far in Myanmar's anti-coup protests against the military since February 1.

UN Secretary-General Antonio Guterres office said the deaths include 38 people who were killed on Sunday, the majority in the Hlaing Thayer area of Yangon, while 18 people were killed on Saturday.

A local monitoring group said  Assistance Association for Political Prisoners informed that at least 20 had died in Monday's violence as anti-military protests continued to rise in the country.

The military which ousted Aung San Suu Kyi's democratically elected government last month has imposed a state of emergency for one year amid raging nationwide protests.

The United Nations, the United States, China and Britain all condemned the escalation in violence. State Department spokeswoman Jalina Porter said: "The junta has responded to call for the restoration of democracy in Burma with bullets, adding, "The United States continues to call on all countries to take concrete actions to oppose the coup and escalating violence."

The UN also urged the international community "including regional actors, to come together in solidarity with the people of Myanmar and their democratic aspirations."

Yangon became the epicentre of protests over the weekend as demonstrators razed multiple Chinese-owned factories with six Yangon townships put under martial law even as the Chinese foreign ministry described the violence as "nasty".

The violence on Monday occurred amid reports of block on mobile data networks across the country which also scuppered a scheduled video court appearance by Suu Kyi.