Why is mysterious dark energy leading to expansion of the universe? 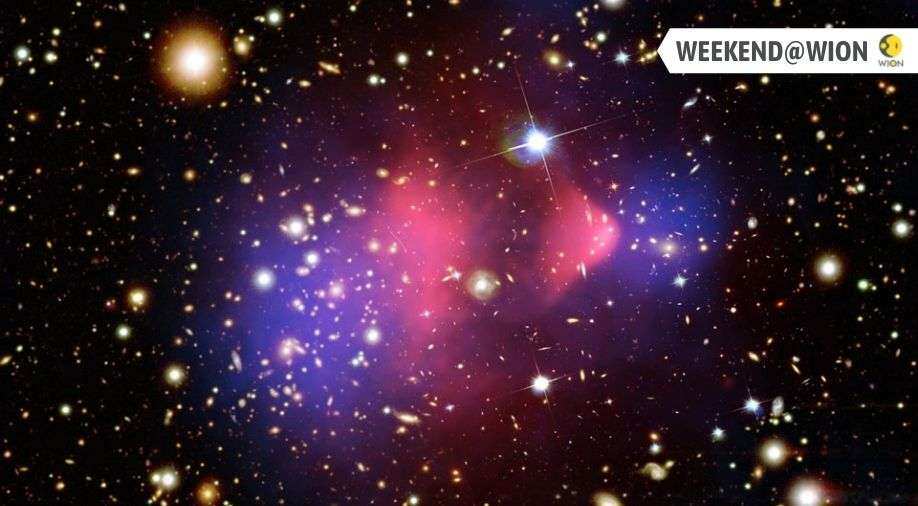 While dark matter attracts and holds the galaxies together, dark energy repels and causes the expansion of our universe

The plentiful but enigmatic material that does not emit light or energy is called dark matter.

Even though it is invisible, it is considered as a fundamental part of all galaxies including our own Milky Way.

It is thought to comprise about a quarter of the universe’s combined mass and energy and about 80 percent of its total mass but has not been directly observed.

Scientists believe it exists based on the gravitational effects it seems to exert on galaxies.

The universe’s ordinary matter includes things like gas, stars, black holes and planets, not to mention shoes, umbrellas, platypuses and whatever else you might see on Earth.

Dark matter may have played a key role in forming the earliest stars, according to researchers who suggest that the mysterious and invisible material may also have been responsible for creating black holes.

As the universe initially was only helium and hydrogen, dark matter was critical in providing the gravitational force to pull these elements together to form stars. Now that there are other objects in the galaxy, dark matter is not needed to form stars.

When the light from distant sources like faraway galaxies travels through matter such as another galaxy or a cluster of them, the light is deflected and bends - a phenomenon called ''gravitational lensing.''

The new observations have shown that gravitational lensing effects produced by galaxies residing inside the huge galaxy clusters were far stronger than the current dark matter theory envisioned, suggesting an unexpectedly large concentration of dark matter in these galaxies.

Like dark matter, cosmologists have little idea what dark energy is. They estimate that it accounts for 72 per cent of the universe.

An explanation for dark energy is that it is a property of space. Albert Einstein was the first person to realise that empty space is not nothing. Space has amazing properties, many of which are just beginning to be understood.

A property that Einstein discovered is that it is possible for more space to come into existence.

As per the Hubble Space Telescope (HST) observations of a very distant supernovae showed that, a long time ago, the universe was actually expanding more slowly than it is today.

So, the expansion of the universe has not been slowing due to gravity, as everyone thought, it has been accelerating.

Most astronomers believe dark energy is a form of material that has an inverse gravity, repelling matter that comes close to it. This, scientists theorise, is driving the expansion of the universe, pushing stars, planets, and galaxies farther and farther apart.

Despite both components being visible, we know a lot more about dark matter since its existence was suggested as early as the 1920s, while dark energy wasn't discovered until 1998.

According to a study conducted by Cambridge University, an experiment to detect dark matter may instead have shown the presence of dark energy.

The team constructed a physical model, which used a screening mechanism known as chamelon screening, to show that dark energy particles produced in the Sun's strong electromagnetic fields could explain the signal seen in the XENON1T.

Similarly, another project called PandaX-xT at China Jinping Underground Laboratory could help directly detect dark energy within the next decade.