Poor diet can result in smaller height of children: Study 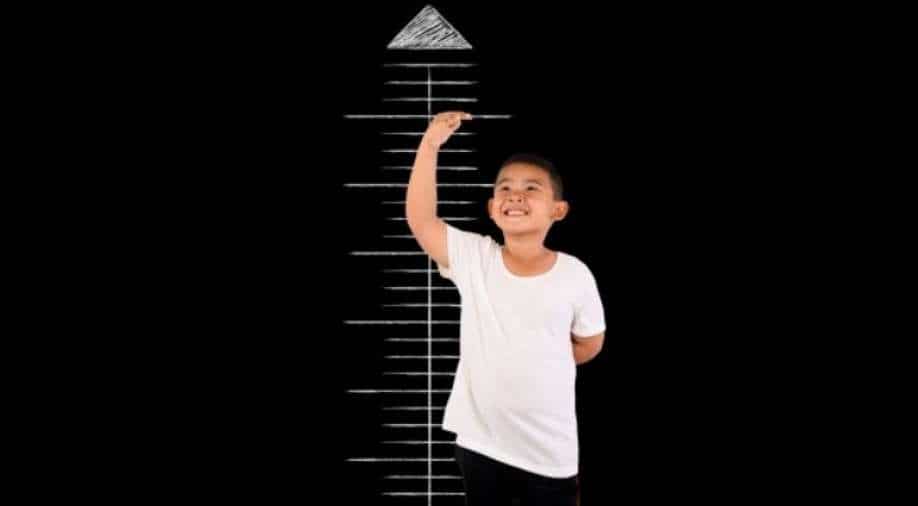 Height chart for children. Photograph:( Others )

The researchers, through this study, hope that the countries will be motivated to decrease the price of the nutritious food, for the sake of the future of their country

A global study by the Imperial College, London, United Kingdom has found a direct relationship between the poor diet of children and the decreasing average height and increasing weight of the school-aged children.

In the study, recently published in the Lancet, revealed that the height and weight of the school-aged children vary across the globe. As per the observations, the poor diets of children may bring a gap of nearly 20cm (7.9inches) between the tallest and the shortest countries.

The researchers used data of nearly 65 million children aged five to 19 years old in a total of 193 countries. After studying the data, the researchers found a 20cm gap between the tallest and the shortest countries, which represented an eight-year growth gap for girls and a six-year growth gap for boys. In one of the instances, the average height of a 19-year-old Bangladeshi girl was similar to the height of an 11-year-old boy from the Netherlands.

It also reported that on the basis of data collected between 1985 to 2019, the tallest 19-year-olds in 2019 belonged to the northwest and central Europe, including the Netherlands, Montenegro, Denmark and Iceland. On the other hand, south and southeast Asia, Latin America and East Africa, including Timor-Leste, Papua New Guinea, Guatemala and Bangladesh were the shortest 19-year-olds in 2019. Meanwhile, countries such as China, South Korea and a few in Southeast Asia saw improvements in the average height during the 35-year period.

Through this study, the researchers have been able to reflect on the role, importance and current input of nutrition, vitamins and minerals in a child's meal.

The study also looked at children's  Body Mass Index (BMI), which is a measure of height and weight ratio and gives an indication of whether or not a person has a healthy body weight with respect to their height. As per the data collected, the largest BMI of a 19-year-old was found in Pacific islands, Middle East, USA and New Zealand, and the lowest were found in the south Asian countries such as India and Bangladesh.

One of the most important observations made by this study is that children in the majority of the countries were healthy, as per the stands set by the World Health Organisation (WHO), by the age of five. However, the rate at which the height increased kept massively decreasing over the course of years.

"Children in some countries grow healthily to five years, but fall behind in school years. This shows that there is an imbalance between investment in improving nutrition in pre-schoolers, and in school-aged children and adolescents. This issue is especially important during the COVID-19 pandemic when schools are closed throughout the world, and many poor families are unable to provide adequate nutrition for their children," explained Professor Majid Ezzati, senior author of the study from Imperial's School of Public Health.

The researchers, through this study, hope that the countries will be motivated to decrease the price of the nutritious food, for the sake of the future of their country. "Our findings should motivate policies that increase the availability and reduce the cost of nutritious foods, as this will help children grow taller without gaining excessive weight for their height. These initiatives include food vouchers towards nutritious foods for low-income families, and free healthy school meal programmes which are particularly under threat during the pandemic. These actions would enable children to grow taller without gaining excessive weight, with lifelong benefits for their health and wellbeing," said Dr Andrea Rodriguez Martinez, the lead author of the study from Imperial's School of Public Health.