One who causes fear: New species of dinosaur found in Argentina 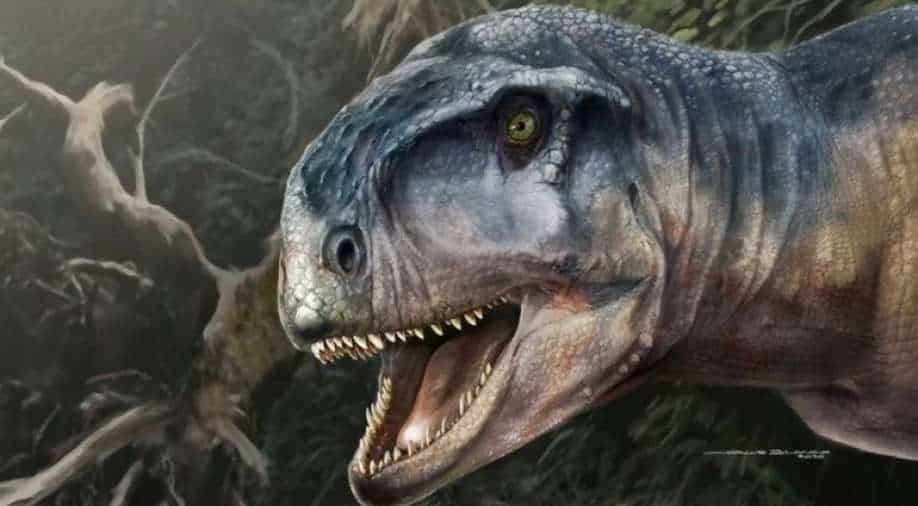 Through the analysis of the skull, experts have also concluded that this species of dinosaurs may have had a greater and better sense of hearing

Experts have discovered remains of a new species of dinosaur in Argentina, known as “Llukalkan aliocranianus”.

Llukalkan is from the Mapuche language and translates to “the one who causes fear” and ‘aliocranianus’ is Latin for “unusual skull“.

Also read | The Great Barrier Reef doomed as up to 99% of coral at risk, report finds

This dinosaur existed 80 million years ago and belonged to the abelisaurids family — a group of carnivorous predators during the Cretaceous period.

The creature is similar to the Tyrannosaurus rex with tiny arms and large hind legs.

Also read | Past ice melts may be responsible for sea levels to rise 10 times faster than today: Study

Skulls of these dinosaurs are unusual and had crests, horns and other protuberances. The skull of this dinosaur has been termed similar to those of iguana.

Through the analysis of the skull, experts have also concluded that this species of dinosaurs may have had a greater and better sense of hearing.

“A peculiarity of this dinosaur is that it has cavities in the ear area that other abelisaurids did not have, which could have given this species different auditory capacities, possibly a greater hearing range,” Federico Gianechin, one of the lead authors of the study told CNN. “This, together with its keen sense of smell, would have given great capabilities as a predator to this species.”

The remains were found in the Bajo de la Carpa Formation, which is a body of rock in Argentina’s Rio Negro and Neuquén provinces.