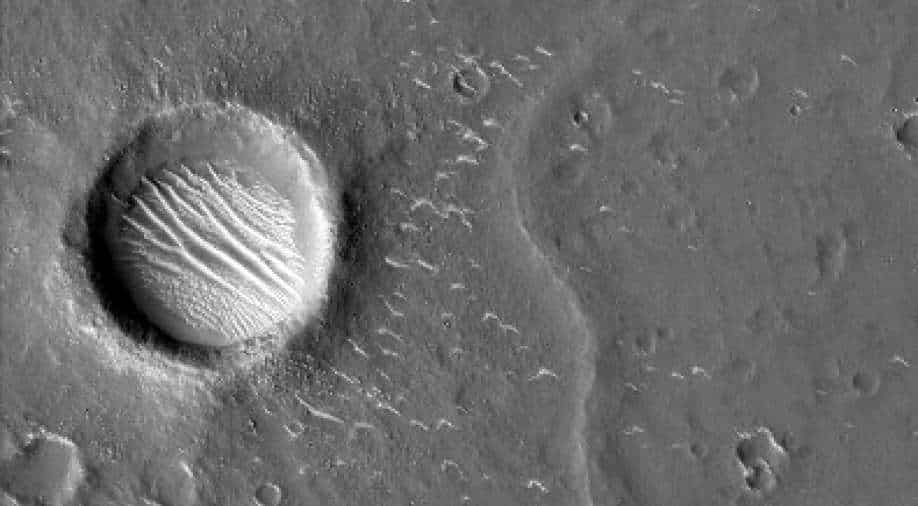 The crater's floor has unmistakable geologic evidence of ancient stream beds and ponds, yet there's no evidence of inlet channels where water could have entered the crater from outside, and no evidence of groundwater activity where it could have bubbled up from below

Astronomers have discovered a previously unknown ancient crater lake on Mars, in a recent study.

In a study published in Planetary Science Journal, a team led by researchers from Brown University in the US describe an as-yet to be unnamed crater with some puzzling characteristics.

The crater's floor has unmistakable geologic evidence of ancient stream beds and ponds, yet there's no evidence of inlet channels where water could have entered the crater from outside, and no evidence of groundwater activity where it could have bubbled up from below.

The researchers conclude that the system was likely fed by runoff from a long-lost Martian glacier.

Water flowed into the crater atop the glacier, which meant it did not leave behind a valley as it would have had it flowed directly on the ground.

The water eventually emptied into the low-lying crater floor, where it left its geological mark on the bare Martian soil.

The type of lake described in this study differs starkly from other Martian crater lakes, like those at Gale and Jezero craters where NASA rovers are currently exploring.

"This is a previously unrecognized type of hydrological system on Mars," said Ben Boatwright, PhD student at Brown University.

Importantly, Boatwright said, the crater provides key clues about the early climate of Mars. There`s little doubt that the Martian climate was once warmer and wetter than the frozen desert the planet is today.

What`s less clear, however, is whether Mars had an Earthlike climate with continually flowing water for millennia, or whether it was mostly cold and icy with fleeting periods of warmth and melting.

Climate simulations for early Mars suggest temperatures rarely peaking above freezing, but geological evidence for cold and icy conditions has been sparse, Boatwright said. This new evidence of ancient glaciation could change that.

"The cold and icy scenario has been largely theoretical -- something that arises from climate models," Boatwright said.

"But the evidence for glaciation we see here helps to bridge the gap between theory and observation. I think that's really the big takeaway here."

Boatwright was able to map out the details of the crater`s lake system using high-resolution images taken by NASA`s Mars Reconnaissance Orbiter. 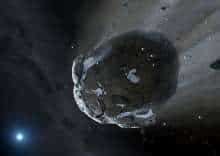 UFO sightings in US rose sharply during the pandemic, data reveals