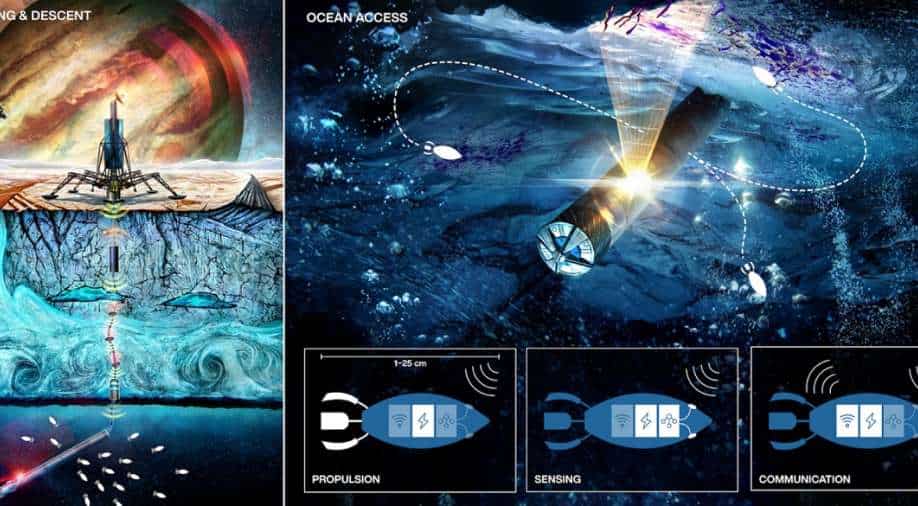 NASA looking to come up with tiny swimming robots to search for alien life Photograph:( Others )

The Sensing with Independent Micro-Swimmers (SWIM) concept is extremely important for missions that can be too risky for even big machines and the size of the swarm makes it perfect for inhospitable situations.

The scientists have constantly been trying to come up with new innovations which can help them to find traces of alien life and it seems like NASA has found a unique solution. The NASA researchers have come up with a plan to use swarms of robots to find alien life in the solar system. The Sensing with Independent Micro-Swimmers (SWIM) concept is extremely important for missions that can be too risky for even big machines and the size of the swarm makes it perfect for inhospitable situations. According to the initial designs, these small robots can be kept inside any probe, and they can be released both underwater and, in the atmosphere, depending on the needs of the mission.

NASA’s Innovative Advance Concepts program awarded a $600,000 grant to a robotics mechanical engineer at the US agency’s Jet Propulsion Laboratory in order to design the robots. Ethan Schaler has been given a time frame of two years to come up with the final products for NASA.

“With a swarm of small swimming robots, we are able to explore a much larger volume of ocean water and improve our measurements by having multiple robots collecting data in the same area,” Schaler said about the project according to a NASA release.

The robots will be able to operate independently thanks to a built-in propulsion and communications system which will allow it to study planets closely. The minute attention to detail provided by the robots will allow scientists to gather more data and it can be crucial in their search for alien life.