How a 2nd-grade class sent a science experiment to space 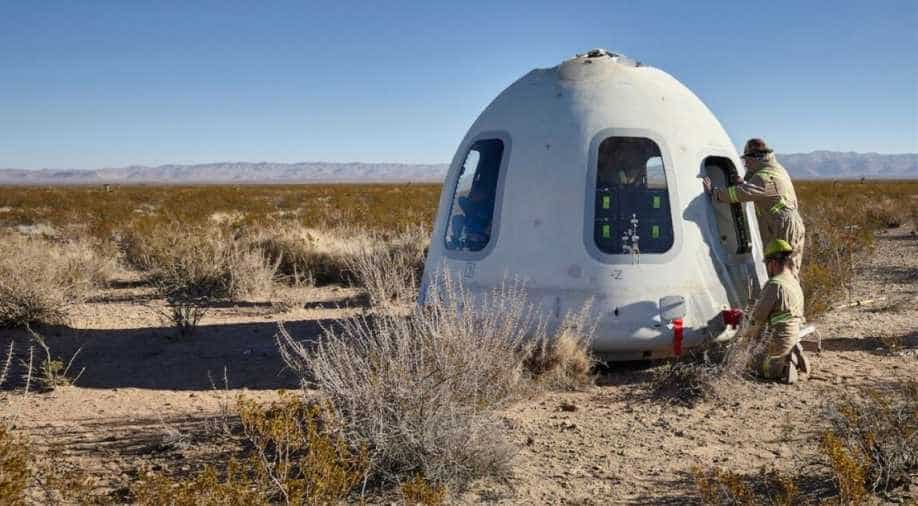 An undated photo provided by rocket company Blue Origin of a capsule for its New Shepard rocket Photograph:( Others )

Blue Origin, the rocket company started by Jeff Bezos, chief executive of Amazon, was planning to offer the ability for schools to fly small experiments on its New Shepard suborbital spacecraft for as little as $8,000

Back in 2015, students in Maggie Samudio’s second-grade class at Cumberland Elementary School in West Lafayette, Indiana, were contemplating an offbeat science question: If a firefly went to space, would it still be able to light up as it floated in zero gravity?

Samudio said she would ask a friend of hers, Steven Collicott, an aerospace professor at nearby Purdue University, for the answer.

“He teaches a class on zero gravity, and he would be the perfect person to answer the question,” Samudio recalled in an email.

A day later, Collicott replied, and Samudio was surprised by his answer: Instead of guessing, why not actually build the experiment and send it to space?

Blue Origin, the rocket company started by Jeff Bezos, chief executive of Amazon, was planning to offer the ability for schools to fly small experiments on its New Shepard suborbital spacecraft for as little as $8,000.

“That is a game-changer,” said Erika Wagner, the payload sales director at Blue Origin. “Kids as young as elementary school are flying things to space.”

Collicott, who had sent several fluid flow experiments on New Shepard launches, pointed Samudio and her second-graders to Blue Origin.

“For the small payload 4 inches square by 8 inches tall, we’re able to fly that for half the cost of high school football uniforms,” Collicott said. “So really any school district now that affords football can afford spaceflight.”

Cumberland Elementary has not been the only school to see the value of paying for an experiment aboard the New Shepard rocket. A Montessori middle school in Colorado sent up a sensor package designed and programmed by the students. An Alabama high school launched an experiment to test temperature fluctuations in microgravity. And this past December, an elementary school in Ohio sent up baby jellyfish.

On board for the latest flight, which launched last Tuesday, were 1.2 million tomato seeds, which will be distributed to students in 15,000 classes, kindergarten through high school, across the United States and Canada.

On Dec. 12, 2017, the firefly experiment was on board New Shepard. It did not contain any actual fireflies. “It appears when scared, fireflies don’t light up,” Collicott said. “And we were concerned that the boost would scare them. And then there are also issues of I don’t know how to keep fireflies alive and keep them happy.”

Instead, the apparatus replicated the chemistry of how fireflies generate light, with syringes mixing the glow-creating substances together as the capsule reached the top of the trajectory more than 60 miles above West Texas. A tiny video camera recorded what happened in the payload box.

Collicott attended the launching, and two days later, was back in Samudio’s classroom presenting the results.

Fireflies can indeed glow in space.

“That kind of turnaround is just amazing, that spaceflight to these students is not distant,” Collicott said. “It happens fast. It’s kind of cool.”

The space experiment wrapped into a larger project undertaken by Samudio’s classes. One of her students, Kayla Xu, had noted with distress that most states had a state insect, and Indiana did not; she wanted to fix that.

That effort succeeded, too. On March 23, 2018, Gov. Eric Holcomb went to Cumberland Elementary School to sign a bill that declared the Say’s firefly, a species native to the area, the state insect of Indiana.

“Several parents told me that the simple question of asking their child what they had done in school that day exploded into amazing family conversations, extra reading and research, and the contemplation of future personal pursuits and goals,” Samudio said.