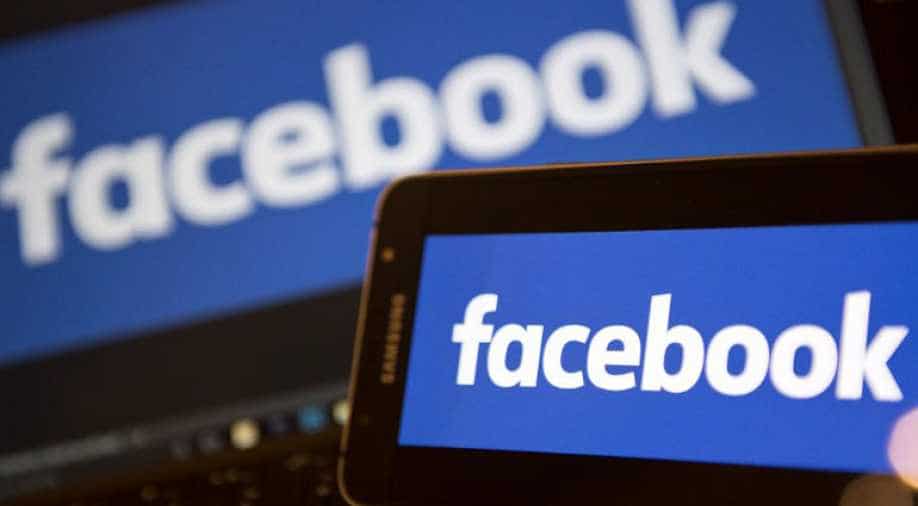 Stories that have been disputed may also appear lower in Facebook's News Feed, the social networking giant said Photograph:( AFP )

Facebook on Thursday unveiled a tool that allows users to report fake news, a move aimed at stemming a wave of misinformation some claim influenced the 2016 US election.

"We believe in giving people a voice and that we cannot become arbiters of truth ourselves, so we're approaching this problem carefully," Facebook's vice president Adam Mosseri said in a blog post.

"We've focused our efforts on the worst of the worst, on the clear hoaxes spread by spammers for their own gain, and on engaging both our community and third-party organizations."

Facebook said it would begin testing a system enabling users to click on news items if they suspect they are fabricated.

The social network said it would work with global fact-checking organizations subscribing to the Poynter Institute's International Fact Checking Code of Principles.

"If the fact-checking organizations identify a story as fake, it will get flagged as disputed and there will be a link to the corresponding article explaining why," Mosseri said.

"Stories that have been disputed may also appear lower in News Feed."

Facebook has been under fire for failing to stem an epidemic of fake news that some critics believe may have helped the election of Republican property tycoon Donald Trump by spreading unfounded negative news about his Democratic opponent Hillary Clinton.

Facebook has dismissed the notion that fake news shared on the social network swung the election results, but has been stepping up its efforts to weed out clearly false news.

However, the US social giant, with some 1.8 billion users worldwide, has resisted calls to label itself a "media company" or implement efforts to impose editorial judgments on news being shared.

But Facebook said it would crack down on "spoof domains," or sites that pretend to be real publications, as part of its most recent announcement.

Stories determined to be bogus could still be shared, "but you will see a warning that the story has been disputed," Mosseri said.

Last month, Facebook and Google both said they would cut off websites promoting fake news from their lucrative advertising networks, seeking to clamp down on "click farms" that make money when users click on sensational headlines.

But an analysis by the watchdog group Media Matters found Google AdSense advertisements on more than half of sites studied with track records for pushing fake news stories. "The recent incarnation of 'fake news' is destructive and dangerous," Media Matters president Angelo Carusone said.

"Its proliferation and the perverse incentive that rewards it with money must be stopped," he added. "Information consumers must be discerning when reading and sharing news so as not to become part of the problem. And fake news creators should not be able to profit from their scams."

Separately on Thursday, a survey by the Pew Research Center showed nearly two out of three US adults (64 per cent) believed fake news causes confusion about basic facts in current events.

Although many respondents said they sense fake stories are spreading confusion, they were relatively confident in their own ability to detect hoaxes.

The survey found 39 per cent "very confident" that they can recognize fabricated news and another 45 per cent "somewhat confident."

However, nearly one in four said they have shared a made-up news story: 14 per cent acknowledged they shared a news item they knew was fake at the time and 16 per cent said they shared one they later realized to be fake.

Concerns over fake news grew during the 2016 presidential campaign amid widespread sharing of hoaxes, including stories saying Pope Francis had endorsed Donald Trump and that Hillary Clinton was linked to a pedophilia ring operating out of a pizzeria.

The survey of 1,002 adults was conducted December 1-4, with the margin of error estimated at 3.6 percentage points.