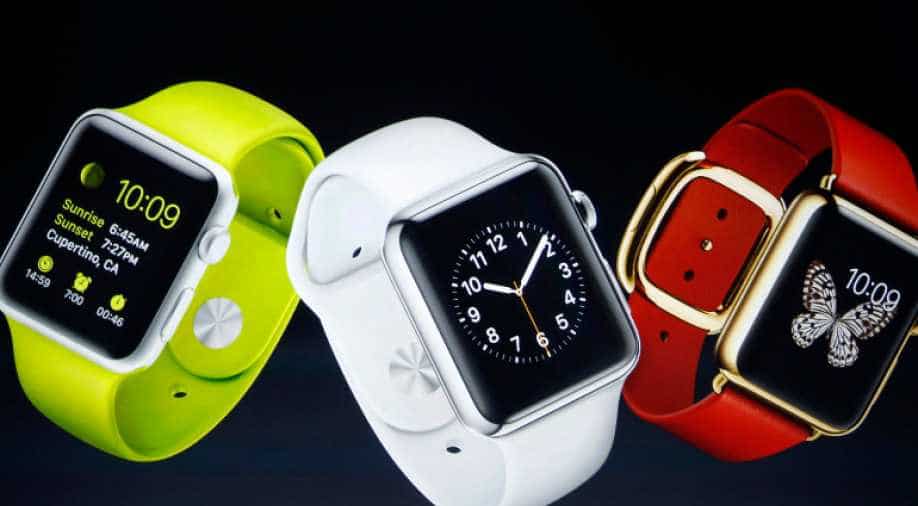 Tim Cook told Reuters on Monday that Watch sell-through - a measure of how many units are sold to consumers, rather than simply stocked on retailers' shelves - reached a new high during the first week of holiday shopping. Photograph:( Reuters )

Apple Watch sales appear to have rebounded for the holidays from mid-year doldrums on a redesign, price cuts and strong promotions, but analysts say long-term demand has yet to be proven.

The Watch is Apple Inc's first new product under chief executive officer Tim Cook and is seen as a barometer of whether the company can find new sources of revenue to boost sales which now largely depend on the iPhone.

Cook told Reuters on Monday that Watch sell-through - a measure of how many units are sold to consumers, rather than simply stocked on retailers' shelves - reached a new high during the first week of holiday shopping. Cook's comments followed a report on Monday from technology research firm IDC that painted a more alarming picture, estimating Watch sales fell 71 per cent in the third quarter of 2016.

The sharp change in seasonal demand, also revealed in separate data from market research firm Slice Intelligence, amplifies some analysts' concerns that the Apple Watch may not be a formidable hit on the order of the iPhone or iPad.

"Let’s see if the demand carries through to the next quarter," said analyst Colin Gillis of BGC Partners.

Data from Slice Intelligence shows sales were tepid in July and August and then jumped in September, when the watch was updated.

Slice reported that sales faded somewhat in October and strengthened again in November. Average selling prices of the watch fell to $353.19 in November from $393.39 in October, according to Slice.

Apple Watch prices experienced a similar dip last year, hitting $321.63 in December 2015, although the drop this year is notable because it comes in the wake of a product update.

Apple, which declined to comment on the Slice data, has cut the retail price of the entry level watch over the last year. The original Apple Watch debuted in 2015 with a starting price of $349, but Apple trimmed the price to $299 in March 2016. It dropped it again to $269 in September, when a new generation of watches was released.

Apple also raised the profile of the Watch this holiday season. That effort included a promotional deal with Nike and aggressive advertising. Researcher Market Track said that promotions of Apple watches in retailer circulars have risen to 14 per cent of the wearables market this year from 6 percent last year.

Apple may also be getting a boost from sales of the original Watch. It no longer sells solely in its own stores, but some third-party retailers, such as Target and Best Buy offer it, often with deep discounts for older models. Some of those same retailers, and Apple itself offered gift-card based discounts on the newer watches as well on Black Friday.

"Whether Apple can sustain this strength will be the key question and at what impact to margins," Wells Fargo analyst Maynard Um wrote in a note to investors.

While Apple has cut retail prices, it has cut costs as well. This year's entry-level 38-millimeter watch cost about $92.78 to make, compared with $98.79 for last year's model, according to an analysis by IHS, a technology research firm. Analyst Kevin Keller said that the difference between retail price and production price still left Apple with a "substantial amount of money."