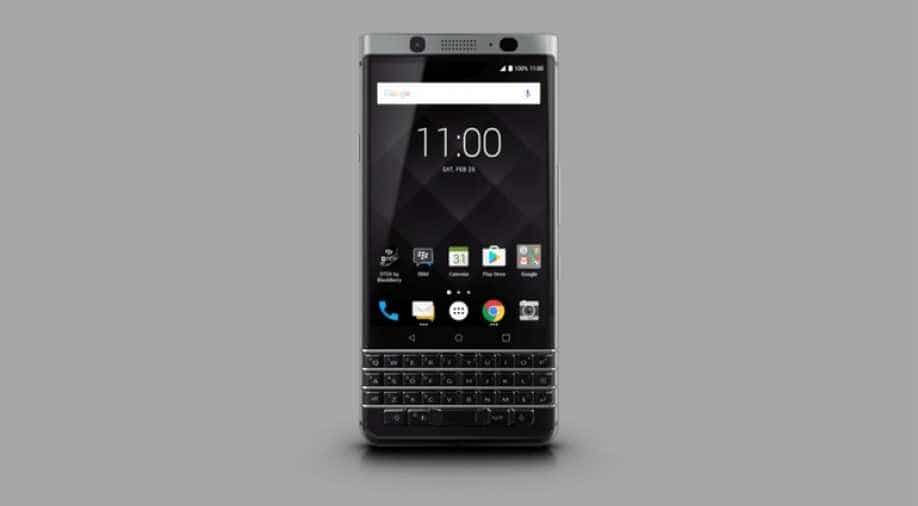 An illustration showing the new BlackBerry launch Photograph:( Others )

The company partnered with Optiemus Infracom for the manufacturing and distribution of the new handsets.

BlackBerry has launched its final smartphone to be designed in-house. The new smartphone, KEYone Limited edition Black, is priced at Rs 39,990 in India.

The handset is designed with a hardware QWERTY keyboard. The phone also features hardware convenience key that can be customised for shortcuts.

With 7.1.1 Nougat Android, Blackberry has installed its own security and productivity software.

The phone in India is equipped with 4GB RAM + 64 GB inbuilt storage configuration. The international markets will provide an inbuilt storage of 3GB RAM + 32GB. The Indian model of Blackberry will also offer dual sim facility.

The handset flaunts a 12-megapixel rear camera with an f/2.0 aperture, PDAF, EIS, and dual-tone LED flash, apart from the 8-megapixel front camera that sports an f/2.2 aperture and an 84-degree wide-angle lens.

The phone is powered by a 3505mAh non-removable battery that supports Qualcomm Quick charge 3.0. The company claims that the handset can be charged from 0 to 50 per cent in just 30 minutes.

BlackBerry is also offering 75GB additional data from Vodafone to both prepaid, postpaid and new subscribers.