The House of Tata rapped on the knuckles 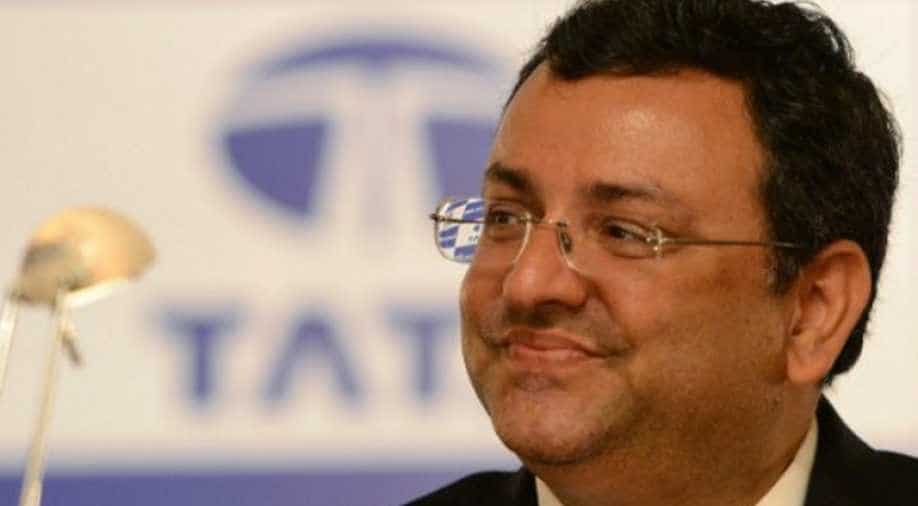 Mistry was removed as the chairman of the salt-to-software Tata group on October 24, 2016. Photograph:( AFP )

The turmoil and uncertainty of the legal ramifications going forward, is also taking its toll on the share prices.

Just when it seemed the Chairman of the Tata Trusts and restored Executive Chairman of Tata Sons Ratan Naval Tata had got away with a number of questionable moves, dramatic developments have come home to roost.

Ratan Tata and his advisers have returned to the public gaze as many of their decisions will be examined by the apex court of the land at the behest of ousted former Executive Chairman of Tata Sons, Cyrus Mistry.

The latest troubles come on top of others. Some of the Tata Trusts, indicted in 2015, and promptly challenged by the Trusts concerned, have been held liable in 2019 by the Income Tax Tribunal after examination of the facts.

It is for a massive evasion of taxes, an activity not normally associated with a Tata entity. Appeals are under process to the higher judiciary, but the taxes and fines imposed are for violating the terms that rendered the trusts tax-free in the first place. For decades these trusts have worked with integrity and probity. But lately, they have apparently gone in for some profit-making in violation of the rules. The consequences are onerous enough to break the backs of the trusts indicted. The Tata Group has said the Trusts, six of them out of several more, surrendered their registrations voluntarily in 2015 and should not have to pay the Rs 12,000 crores called up. They have, in fact, only had their registrations cancelled by the tax authorities in 2019. These six trusts, though not the main ones, own 39,000 shares of Tata Sons, the principal holding company of the Tata Group.

And now, to compound the group’s troubles, there is a sensational judgement of the NCLAT, restoring Cyrus Mistry, (also a minority shareholder, along with his brother, with over 18 per cent in Tata Sons), as Executive Chairman of Tata Sons.

This has come after many adverse judgements over three years in various courts, all against Mistry. But apparently, good legal counsel and persistence have paid off in the end.

The Tata establishment, on its part, has been given a four-week window to appeal to the Supreme Court, while the restoration of Mistry is held in abeyance for the duration.

Cyrus Mistry, a 51-year-old billionaire, who owns the Shapoorji Pallonji Group along with his brother and other family members, has also been immediately restored as Director on the boards of four leading Tata companies that he was thrown out of.

All of this has cast serious aspersions on the judgement of an ageing Ratan Tata and his advisers, and damaged the reputation of perhaps India’s most valued corporate group. The turmoil and uncertainty of the legal ramifications going forward, is also taking its toll on the share prices.

Ratan Tata, currently in the eye of the storm, was once the very leader to emulate. He took over the Tata Group as the designated successor to JRD Tata and both consolidated and grew the companies manifold over the years. He undertook diversifications into newer areas of business better suited to the liberalised era post-1991. One of the greatest successes was Tata Computer Services (TCS), which became the Group’s most profitable company.

Ratan Tata recruited N Chandrasekaran, the erstwhile boss of TCS, to replace Cyrus Mistry as Executive Chairman of Tata Sons, but this too has been found to be illegal by the NCLAT.

The irony is that Chandrasekaran, confronted with huge indebtedness and slowing revenues, has been following a course very similar to that taken by Cyrus Mistry. He too is cutting away dead wood where he can, and taking steps to hive off companies that are draining the group of its financial resources.

Some of these include overseas acquisitions made by Ratan Tata in the boom years at high prices. These, such as Corus Steel, and, alas, Jaguar/Landrover, are now bleeding cash in recessionary conditions. This, even as others, such as Tetley Tea, are doing fine still.

Ratan Tata, in recent times, has apparently been trying to hide his mistakes or bets that have gone bad because of altered market environments. Some of the new people he has relied upon have departed from the usual high standards of ethics upheld by the Tata Group in earlier days. In the quest to turn into something of multinational, vast differences in remuneration between Indian managers in the group and foreign recruits have demoralised many old stalwarts.

It is not clear if Cyrus Mistry will resume his old position once, and if, he is vindicated by the Supreme Court. But if he does, there is a good chance that he will be able to restore the Group to its former glory. The Mistry family, father and son, has sat in on the boards of not only Tata Sons but various other companies for decades now. Cyrus Mistry is well versed in the Tata ethos, and connected with the group’s Parsi roots.

It is these important intangibles that were being diluted, rather alarmingly, resulting in the Tatas’ becoming just another large conglomerate by Indian standards.