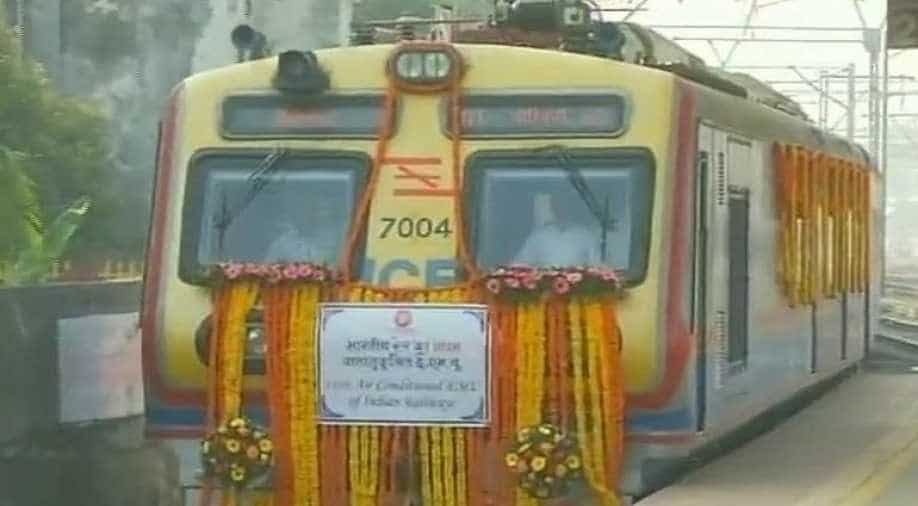 Narendra Modi government has taken a number of initiatives to upgrade the suburban system, which will help improve passenger satisfaction and safety, reduce congestion.

Railways is the lifeline of the nation. Nowhere is this as true as in Mumbai, where the suburban network popularly called ‘the local train’ ensures that Mumbaikars reach their destination on time. At a total length of 459 km, the network has more than 3,000 services of local trains carrying around 80 lakh people on a daily basis, making it one of the busiest urban transport systems in the world.

To ensure that Mumbai has world-class infrastructure in keeping with its metropolitan status, the government under Prime Minister Narendra Modi has taken a number of initiatives to upgrade the suburban system, which will help improve passenger satisfaction and safety, reduce congestion, and adequately plan for the future.

With regard to passenger safety, Railways is working in mission mode. Foot Over Bridges (FOBs), platforms and pathways on platform end are now treated as safety items having highest priority with no budgetary restriction. To allow free and safe movement of passengers, 87 FOBs have been constructed since 2014, including 44 after the unfortunate Elphinstone Road station tragedy. A further 70 FOBs will be commissioned this year while 55 will be commissioned next year.

The average time for construction has been reduced from 8-9 months to about 3 months. We have also raised the height of all station platforms in the suburban section to allow safer entry and exit into trains.

Very often passengers climb a train and do not realise that it is about to move. This poses a serious risk to their lives and well-being. Therefore, a new innovation in the form of a blue light signal on the door of the coach to signal that the train is starting, has been introduced. Passengers will now get adequate warning. We will use this system after all trials are completed.

Under our government, we have significantly scaled up investments into new projects. In 2016, PM Modi had laid the foundation stone for the Mumbai Urban Transport Project 3 (MUTP 3) worth approximately Rs 11,000 crore. Under this project, several works have been started, including the Airoli-Kalva elevated link, Panvel-Karjat new suburban double line corridor, and the introduction of 47 new air-conditioned suburban trains.

These will help decongest the network while adding improved services.

In the 2018-19 Budget, an unprecedented Rs 55,000 crore was announced for a new project in Mumbai — the MUTP 3A, showcasing the Government’s ambitious plans for the suburban system. Under this, a number of lines will be extended and introduced. In addition, a communications-based train control system will be introduced for improved safety and punctuality. Funds will also be allocated towards station improvement and procurement of AC rakes.

Under this government, long pending projects are also being fast tracked and completed. The long-awaited Nerul-Seawood/Belapur-Uran new line first phase project is finally complete. Sanctioned in 1996-97, the work was very slow. However, after 2014 the work was fast tracked and the line finally opened in November 2018. The personal intervention of CM Devendra Fadnavis helped smoothen all issues. Currently, the second phase of the project is in progress.

Having personally travelled on local trains as a student, I know the difficulties an average commuter faces. To beat the sweltering heat and humidity, an AC rake was introduced for the first time ever. We have given a green signal for procuring 210 AC rakes.

We have also reduced the waiting time for trains. Since 2014, 214 services have been added to the Mumbai suburban network. To meet the ever-growing demand for direct connectivity between India’s financial capital and political capital, an additional Rajdhani train was introduced between Delhi and Mumbai. It will take a different route covering central India, and will serve hitherto unserved areas.

We are now improving stations through lifts, escalators, Swacchata and security through cameras. In fact, we have also given importance to the security of women passengers. Taking feedback, a number of CCTV cameras have been relocated at stations to ensure better focus on ladies coaches.

Over the last four and a half years, Railways has become cleaner, safer, faster and more convenient. Indian Railways is committed to providing better services to every Mumbaikar and our efforts to improve infrastructure, passenger conveniences and safety will ensure the iconic Mumbai suburban system is a part of the New India vision. 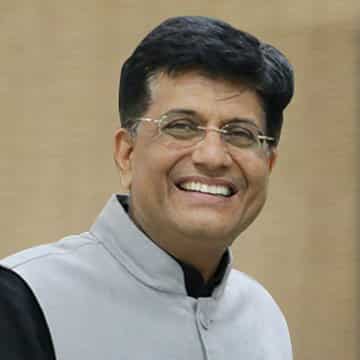