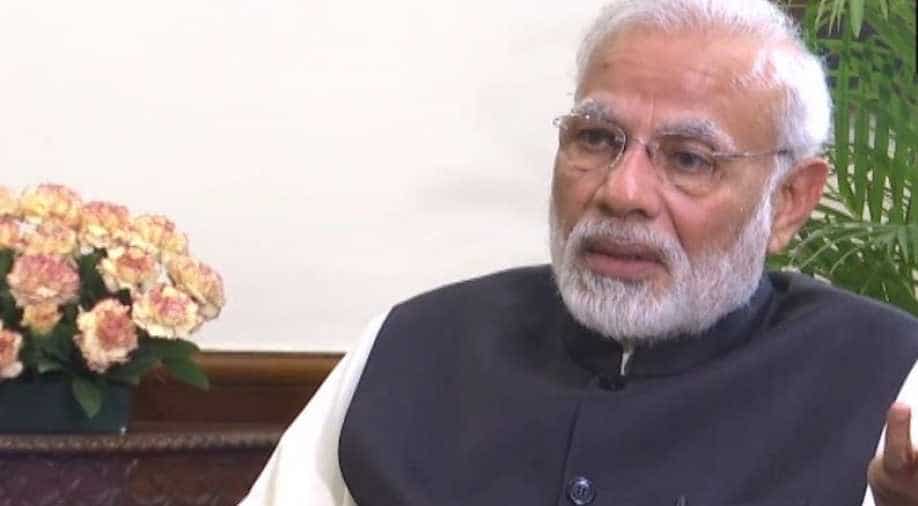 Not only he answered contentious questions but also chose not to attack his opponents in a visceral fashion he has done during assembly elections.

The interview given by Prime Minister Narendra Modi shows that politicians do only and truly react to electoral judgements. Not only the Prime Minister spoke on a number of issues but addressed issues related to his enemies in a very humble manner.

He not for once came across as an arrogant Prime Minister. Not to say that he was arrogant in his previous interviews but the cold distant persona which existed like a halo around him was absent this time.

Not only he answered contentious questions but also chose not to attack his opponents in a visceral fashion he has done during assembly elections. This is a strong departure. It has come after BJP got routed in Madhya Pradesh, Chhattisgarh and Rajasthan. He focused on economic issues throughout his interaction.

This too came without chest thumping. Even questions on Congress-Mukt Bharat were tactfully answered. He immediately made a difference between Congress as a culture and Congress as an institution which again is a departure from sharp rhetoric which India witnessed post-2014.

The presentation of self by Modi was of a man trying to fit into a large and powerful office who works within the parameters of the institutions. It is for this reason he on two accounts came out supporting the Reserve Bank of India and Judiciary. He not only complemented Urjit Patel but also clarified that there will be no ordinance before judicial process is over in the Ayodhya case. It was a mixed signal that the government can correct decisions but would not preempt the court. His government in past had serious differences with both the institutions but Modi did not exhibit any bitterness on camera.

Certain goal posts were also changed. He categorically denied that BJP used surgical strike for political ends. He charged Congress for doing so. He also defined BJP’s position on the role of the armed forces. Many critics had argued that BJP by using armed forces for political ends had made the Army as a quasi-political player as it was affecting public opinion.

Modi did not call the Opposition anti-national or unpatriotic on this issue. He simply limited his answer to the word “Gaurav Gatha” which loosely translates into tales of courage. He argued that if we do not talk about their tales of courage then who would.

Throughout the interview, he answered questions on important decisions as they were collaborative in nature and decisions were taken after a lot of consultations. You were looking at a person who sounded strong but unsure at times, decisive but a team player and driven but again a team player. But these were not the characteristics which defined Narendra Modi in past. He was projected by the party as a sole leader who took his own decisions and always right.

His attack on the Opposition was also limited to the issues of legal cases and principled stand.

In 90-minutes Modi clarified his position on a number of things on the day one of 2019. From Sabarimala to triple talaq, from loan waiver to GST, the nation knows where the Prime Minister stands on all these issues.

It is a way to wrest away the agenda with which the Congress ran away after winning three elections. It is also a way to present a new Modi who is not indulging in a political witch hunt. A Modi who is subservient to the Constitutional and political process.

Perhaps he has realised that what people liked in him as a challenger was being despised as the Prime Minister. India as a nation can quickly change the meaning of things. Indira Gandhi, a strong Prime Minister, was being perceived as dictatorial by the nation in 70s. Indira lost office in the 1980s. A hard-working Manmohan Singh and tyaag ki devi Sonia Gandhi within 7 years were being seen differently. Manmohan was being seen as PM without authority and Sonia Gandhi as a leader with a lot of power but without responsibility. The same perhaps was happening to Modi.

He was being seen distant and unapproachable. Throughout the interview, he came across as Modi as a man more than Modi as a conqueror and PM. Perhaps he saw what hubris can do to leaders.

Lastly, economic agendas and administration are back as an electoral mantra for time. What will happen in May this year is a million-dollar question, but we do have a different Modi on TV? He did not go for the press conference but ended up answering all the relevant questions.