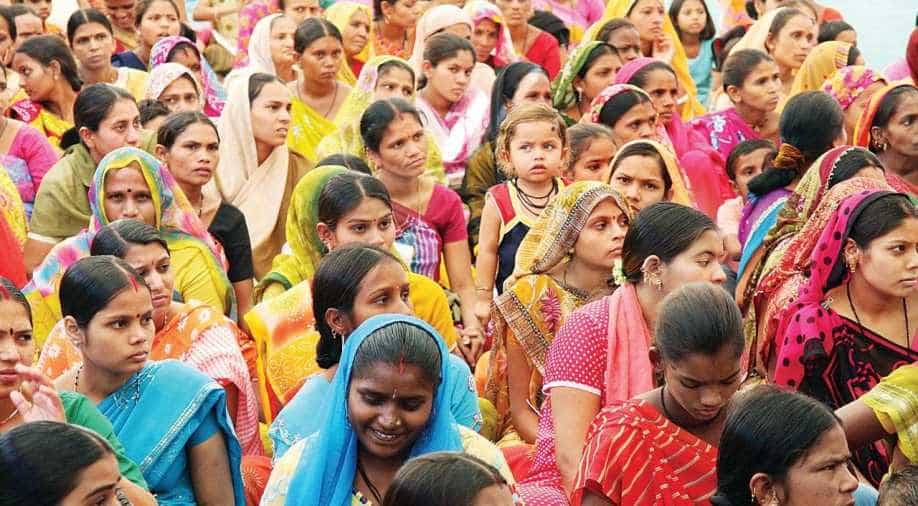 Peeping into the past, we have women adept in every field.

It may be called the misfortune of the country that despite regarding the motherland as Bharat ‘Mata’, we have failed in reading and respecting the daughters of the ‘Mata’.

What is more unfortunate is that left-leaning & self-proclaimed ‘feminist’ historians who were entrusted with the responsibility of building syllabi for the future of the country preferred to put up fake and evidence-less theories of Aryan Invasion instead of teaching the students about the valor and the effective authoritarian values of our women leaders.

One must ask a question to the ‘historians’ if the role of Rani Laxmibai was so minute in the freedom struggle that she was wrapped up within a paragraph? It is a very well known fact that Jijabai, the mother of Shivaji Maharaj, had a huge constructive impression on the Chhatrapati and she was the inspiration to the idea of ‘Hindavi Swarajya’.

Then why is it that we prefer to have a case study on Akbar and not on Jijabai? If we are to enumerate the achievements of both, the latter would clearly have an upper hand.

Was it not Akbar who used to marry off the daughters of the Rajput kings who he knew were masters in warfare? Jijabai, on the other hand, started from nil. She carved out an empire from dust. An empire that would one day be the main force all across Hindustan. The warfare of the Marathas, especially the Naval forces and the guerilla warfare have been praised by multiple British historians. Ironically, the Indian historians stay silent over the same.

We, the general public, have very easily, let the left lobby carry out their agenda. This is why the birth of a child of a virgin mother becomes ‘history’ and a determined woman killing a tyrant and a despot free the world from his clutches is unrealistic and hence ‘mythological’.

Peeping into the past of India, we have women adept in every field. You name it and we have it.

Gargi, the embodiment of Knowledge; Sita, the personification of chastity; Panna Dhai, the incorporation of Sacrifice; Padmavati, the incarnation of honour; Jijabai, the quintessence of self-rule; Rani Laxmibai, the essence of Patriotism and so on.

One major reason for this was found in a recent survey conducted across a sample size of 74000+ by the Rashtriya Swayamsevak Sangh (RSS).

In a shocking conclusion, we came to know that only 28 per cent of the content taught in Social Studies from class 6 to 8 were written or authored by women. The condition of Sanskrit is even worse at only 16 per cent. As we go towards higher standards, this percentage deteriorates. In textbooks of 10th standard, this percentage is around 7.14 per cent. In 11th standard textbooks, lessons by women writers are 5.8 per cent only.

This is basic human psyche that a person is likely to resonate with another person of the same gender in terms of ideology and ideals. This theory actually explains the absence of women figures from the educational framework in recent times, may they be historical or divine. The situation would improve if certain fake philosophy peddling historians stop carrying out their personal agenda and focus on the real historical figures which we have revered over the ages.

Almost all of us would have studied the grave gender imbalance in the state of Haryana. Reducing the gap between the genders can be truly counted as an achievement for the outgoing Khattar government. From an abysmal 832 girls for every 1000 boys in 2012 to the 924 girls per 1000 boys as per government figures of December 2018; this is the sheer success of government policies such as Beti Bachao, Beti Padhao.

This figure soared to an impressive 1190 girls per 1000 girls as per government records. This figure also shows that Bollywood and movies made revolving around social figures are being successful in bringing about a change in society.

Talking about the menstrual cycle among girls, which until a few years ago was considered as a taboo, the survey got out interesting results. 60.29 per cent of girls claimed that they avoid entering into the temples whereas 43.74 per cent claimed that they were not allowed to participate in any kind of religious activities. 20.13 per cent girls opined that they were prevented to touch other person and segregate themselves from other.

It is the positive effect of an open and healthy discussion that we are able to talk of menstruation without fear of societal taboo. Perhaps, the time is ripe that we begin to celebrate menstruation as divinity and an ability to give birth. The coastal state of Odisha has a tradition of celebrating the menstrual cycle over 4 days known as ‘Raja’.

The Shakti Peeth of Kamakhya, which is known for granting wishes relating to childbirth, to celebrates menstruation.

One of the most interesting conclusions from this survey was that the women with the highest level of satisfaction hailed from the spiritual field.

87.83 per cent women in this field feel that women should participate in large numbers in the spiritual field as it gives happiness, peace of mind and self-confidence. India has always had a rich tradition of spirituality and women since beginning remained a part of it.

There are thousands of women dedicated to spirituality and living a different life. There are so many disciplines in spirituality exist in India having different ways of worships. The people who are dedicated to this field supposed to follow all the rules and style of living which is not that easy for common people.

The findings of the survey also reinforced the ancient and traditional concept that happiness is not dependent on materialism and is more about the connection with the divine. The forces which try to demolish the school of thought of Sanatan divinity should try to connect to the spiritual life rather than mumbling gibberish. 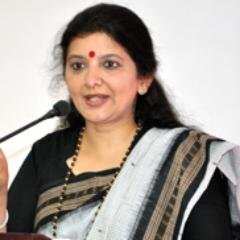 The writer is a Supreme Court advocate and heads GIA, a Delhi based think tank