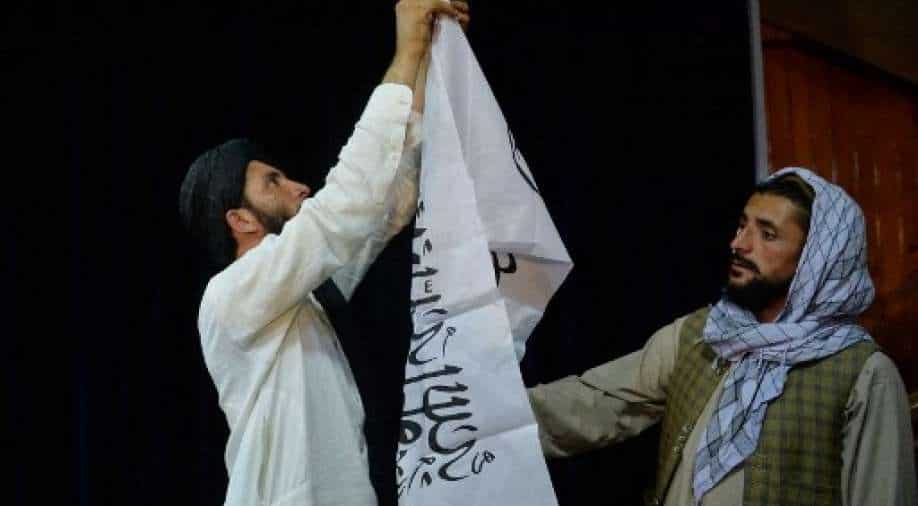 Sixty days have elapsed since the dark episode in the history of mankind was written when Bullet won over Ballot, while the entire international system  either turned a blind eye or watched in silence. Certain clearly discernable trends have emerged in the past two months of evolving situation in Afghanistan. The Taliban has succeeded in capturing the power with unprecedented ease

The 15th of August 2021 marks the beginning of a new chapter in the troubled history of Afghanistan, strategically situated in between the South and Central Asia and often described as the Heart of Asia. On this day, the Taliban ,a conglomeration of extremely radical Islamic terror organisations, known for their ultra-conservative interpretation of the Islamic concept of Sharia walked into Kabul and recaptured power after a gap of two decades. The Taliban did not face any resistance whatsoever from the Afghan Army, while the President Ashraf Ghani was packing up his bags to flee the country and the most powerful Americans and allies were racing against time to withdraw from Afghanistan, having entered into a questionable agreement with the Taliban on 29th February, 2020 after failing to neutralise them.

Sixty days have elapsed since the dark episode in the history of mankind was written when Bullet won over Ballot, while the entire international system  either turned a blind eye or watched in silence. Certain clearly discernable trends have emerged in the past two months of evolving situation in Afghanistan. The Taliban has succeeded in capturing the power with unprecedented ease but it is apparent that it is bound to find it difficult to govern the country for a variety of reasons.

The first challenge comes from within the Taliban, arising out of the ideological and tactical differences between the hardliners and moderates. By the available indications the hardliners appear to be having an upper hand. As a result the moderates such as Mullah Baradar who have so far been the international face of the Taliban have been relegated to second fiddle.
Further the hardliners have not responded to the expectations of the international community as reflected in the Un Security Council Resolution 2593 of 30th August, 2021. The interim Government formed by the Taliban is anything but inclusive; most of the minorities as well as women have failed to find a berth in the Government in which more than half of the Ministers are designated terrorists. Systematic efforts are being made to exclude women from public life.

Minorities are being selectively targeted. In early October, a famous Sikh Gurudwara in Kabul was vandalised by suspected Taliban fighters. Contrary to the assurances of amnesty, the Taliban forces unlawfully killed 13  ethnic Hazaras, including a 17-year-old girl, in Afghanistan’s Daykundi province on 30th August. Eleven of the victims were former members of the Afghan National Defence Security Forces (ANDSF), who had surrendered and two were civilians. Cases of public hangings reminiscent of the earlier tenure of Taliban in 1990s have also been reported.

The manner in which the Taliban has assumed power by use of force has emboldened radical and terror organisation all over the world, who are now considering Afghanistan as their safe heaven. The Taliban is indebted to some of the terror groups who had supported it in its fight against the USA and the duly elected and West-supported government in Afghanistan.

There are some other terror groups such as ISIS (Khorasan Province) over which the Taliban appears to have very little or no control. This terror group has owned responsibility for the devastating suicide bomb attacks at the Kabul International Airport (26th August) and more recently on a Shia minority Mosque in  Kunduz  Province early  October. The possibility of a guerrilla warfare by the Panjshir Resistance Movement against the Taliban at some later stage cannot be ruled out all-together.

The presence of terror groups on the Afghan soil and the possibility that these groups may operate against the security interests not only of Afghanistan but also of other countries is a matter of serious and genuine concern for the international community. The Taliban doesn’t seem to be in a position to address this concern. Pakistan, being in hand-in-glove with groups such as Haquani Network makes it worse.

The Big Players have refrained from condemning or out-rightly rejecting Taliban. At the same time none, including even Russia and China, appears in a rush to accord “de jure” recognition to Taliban whose “de facto” recognition is now a matter of ground reality. The new rulers of Afghanistan failed to secure the UN permission to participate in the on-going session of the UNGA. The absence of “de jure” recognition is posing several constraints on the so-called Islamic Emirate of Afghanistan proclaimed by the Taliban. The situation from the Taliban’s perspective is further exacerbated by the fact that the assets worth $ 9.5 billion held by the Central Bank of Afghanistan (DBA) in the USA and elsewhere abroad stand frozen, creating a severe cash crunch. Taliban can count on China for financial support but not without cost.

China is not known for benign and benevolent grants and Taliban is wise enough to understand China’s debt-trap policy. However, if the economic situation gets too bad, the Taliban in a desperate move may compromise and accept dependence on China in return for the latter’s entry into yet-to-be-fully-explored possibilities in Afghanistan’s mineral wealth.

Meanwhile, the people of Afghanistan are suffering on account of both the social as well as economic fronts. The ultra-conservative interpretation of the Sharia by the Taliban is creating an adverse impact on the lives of common Afghans, particularly women and children.  There is a broad consensus that Afghanistan stands on the brink of a growing humanitarian crisis. The UN Special Envoy for Afghanistan is of the opinion that by freezing the funds to keep money out of the hands of Taliban could be counter-productive and that if funding were to stop there would be "a severe economic downturn that could throw many more millions into poverty and hunger, may generate a massive wave of refugees from Afghanistan and indeed set Afghanistan back for generations."

At the International Donor’s Conference, hosted recently by the UN General Secretary in Geneva, the international community has pledged $ 1billion; this should help keep the on-going aid projects in Afghanistan afloat. It seems that many countries are willing to provide aid but are seriously concerned about how funds will be spent with Taliban in power.

India has not specifically called out Taliban; it has expressed its concern in the larger context of the adverse fallout of the advent of the Taliban in Afghanistan and has repeatedly alerted the international community of the serious consequences of the growing radicalism, extremism and terrorism. It has joined the international chorus in calling for the formation of an inclusive government in Afghanistan.

India has also reiterated its commitment to stand by the people of Afghanistan. In this context the EAM Dr Jai Shankar recalled (at the Geneva Conference) India’s investment of $ 3bn in about 500 development projects for the benefit of the Afghan people. He , however, stopped short of making any fresh commitments, underlining that the world will “step forward” to help Afghanistan once the United Nations can assuage the “legitimate concerns” of donors that international aid will be dispersed in a “non-discriminatory” manner across Afghan society. India thus expects the UN to create an enabling environment so that the aid can reach the intended beneficiaries.

In short, the “Islamic Emirate of Afghanistan” is facing several serious challenges both at home and abroad while simultaneously posing serious threat to the stability of the region and beyond. Nevertheless, ways and means must be found urgently to address the urgent humanitarian needs of the people of Afghanistan.