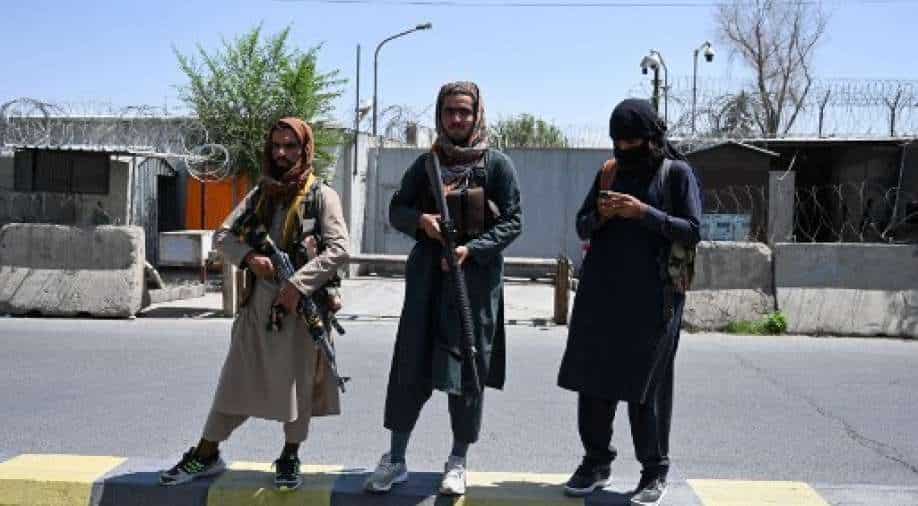 India had overwhelming reasons, which need no elaboration, for staying put on the scene. At least the embassy in Kabul, if not the consulates as well, should have been kept open for business

In the aftermath of the US withdrawal from Afghanistan, as the world’s major countries engage the Taliban regime in Kabul, India appears to have shot itself in the foot and retired hurt into a sulk. New Delhi breaks its sullen silence only to keep reminding the world of its seething animus against Pakistan.

As the regional superpower with unique civilisational connections and people-to-people ties with Afghanistan, India ought to have been a prominent player at this juncture of historic transition. Far from raising its profile during a critical situation, New Delhi beat a hasty retreat along with the US and its coalition partners who had failed to accomplish their objectives during the 20 years of military occupation of Afghanistan.

The US, the UK and Australia, to name a few, have presided over tens of thousands of deaths in Afghanistan and inflicted untold cruelties on a people during their 20-year military occupation. They may well be guilty of war crimes, too, which could be the main reason for their taking flight with a change of regime.

In stark contrast, India’s role in Afghanistan has been benign and positive with a focus on the country’s all-round development. There are structures and processes besides institutions and people that bear testimony to India’s massive developmental contribution to Afghanistan, which is estimated at more than USD 3 billion over the last 20 years.

There was no need, no call by any reckoning, and no strategic compulsion to practically abandon its diplomatic missions to the care of local staff and flee along with the US and its coalition partners. Since India stands in a class apart, as defined by its role in and contribution to Afghanistan’s development, New Delhi should have stood its ground. It did not.

The failure to do so may be attributed to: a misreading of the situation; reluctance to exercise strategic autonomy especially by standing apart from the US-led fleeing occupation forces; fear of being “left behind” in the company of countries such as Russia, China and Iran; resentment at being on the ground alongside Pakistan which, being embedded with the Taliban, is rising in the world’s power ladder; lack of confidence to keep India’s flag flying high despite the Taliban’s explicit assurance of protection and pleas to stay back; and, utter unpreparedness for a situation that was foreseen as inevitable at least from 2018.

Above all, having sided with the occupation forces and supported the corrupt regime of President Ashraf Ghani who looted and impoverished his own people, New Delhi may have felt that what it did in Afghanistan would not be condoned.

India had overwhelming reasons, which need no elaboration, for staying put on the scene. At least the embassy in Kabul, if not the consulates as well, should have been kept open for business. Instead, our diplomats were among the first, on August 17, to scramble for the exit after the Taliban takeover on August 15.

Moreover, the Taliban had reached out to India with a request to not withdraw its diplomats from the embassy. The Taliban had also explicitly assured protection to Indian missions and diplomats. As any entity, including India’s Ministry of External Affairs and the Taliban, involved in the situation knew, any attack on Indian diplomats or any diplomatic mission would have wrecked any hope of the Taliban gaining legitimacy from any quarter; and, that is something they would not have allowed to happen before they had even formed the government. The conduct of the Taliban leadership since August 15 shows that India could have taken the regime at its word and kept its embassy open.

Thus, India has lost the first-mover advantage that could have been had on a platter but which now rests with Pakistan, Iran, Russia and China (PIRC). These four may well be the first to recognise the Taliban’s legitimacy as the government of Afghanistan and reap the economic and strategic gains which are certain to follow. In the event—with deals to be struck, contracts to be signed, business to be done and profits to be raked in—the US and the West, for all their shrill condemnation of the Taliban, would quickly get down to working with the Taliban government, lest the PRIC nations get to cash in on all the opportunities. As it stands, India might not get a share of the pickings at this “feast of the vultures”.

In fact, it should not be surprising if the US and the West found other ways of persisting with their military presence in Afghanistan for an indefinite period after August 31. The two bomb blasts of August 26 might well provide an opening to the US for continuing to stay militarily engaged in Afghanistan.

India has squarely cast itself on the wrong side of history by pitting itself, no matter how temporarily, against the emerging realities in Afghanistan. New Delhi may see itself as being with the “democracy bloc” led by the US, which is perceived as a declining power. The US withdrawal from Afghanistan (if that happens in spite of the August 26 bomb blasts) has damaged its credibility and prestige; and reinforces the view that—like it did in Saigon 47 years ago—when the hour of reckoning comes, Washington will not hesitate to jettison its allies.

It is of utmost importance that India strives to recover its prestige and make its presence felt in Afghanistan at the earliest opportunity, i.e. if the Taliban is able to form an inclusive government and broadly meets the expectations of a majority of the P-5 on the issues of terrorism, human rights and women’s education and employment.

For now, after the bomb blasts, it is what the US does that would determine the course of the new regime as well as what India and PIRC do.