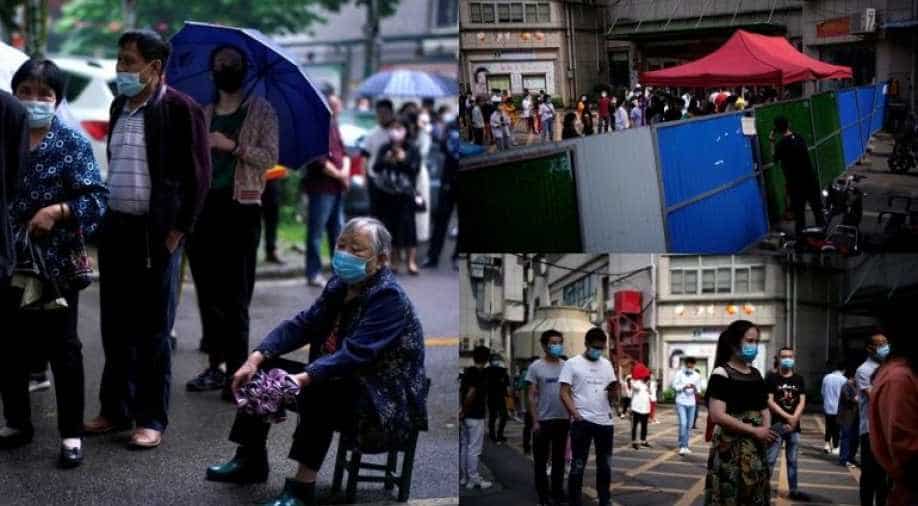 Since the initial 2002-2003 SARS pandemic, which also originated in China, there have been attempts to create a broad-spectrum vaccine that would provide long-lasting protection against a variety of coronaviruses that might emerge from nature and infect humans.

So far, the global scientific community has been unable to identify a natural origin of, or a logical evolutionary pathway for, the COVID-19 virus.

In contrast, the entire history of coronavirus research is punctuated by the ubiquitous use of genetic engineering to produce new viral combinations, which makes a laboratory origin a far more likely scenario.

In 2008, just five years after the first 2002-2003 severe acute respiratory syndrome (SARS) pandemic, Dr. Ralph Baric of the University of North Carolina published an article entitled “Synthetic recombinant bat SARS-like coronavirus is infectious in cultured cells and in mice,” in which he described the creation in the laboratory of an entirely new virus capable of producing a human SARS-like infection:

In that study, Baric demonstrated that his new synthetic virus was capable of infecting human lung cells to a similar extent as the first human SARS pandemic virus because he had genetically spliced the receptor binding domain (RBD) from the SARS virus onto his new artificial virus.

It is important to note that Dr Baric has been a long-time research collaborator with Zheng-Li Shi, the “bat woman” from the Wuhan Institute of Virology.

Similar to the 2008 study described above, Baric and Zheng-Li Shi jointly published a 2015 scientific article describing the insertion of the RBD from a newly isolated coronavirus (SHC014) into SARS-CoV-1, the coronavirus responsible for the 2002-2003 pandemic.

Baric and Zheng-Li Shi combined the components of two coronaviruses and produced another novel virus, SHC014-MA15, which showed “robust viral replication both in vitro [cell cultures] and in vivo [animals],” using models adapted to test for human infectivity.

Other genetic engineering techniques, such as the insertion of a furin polybasic basic cleavage site, which is found in the COVID-19 virus and in no other close natural relative, as well as individual artificial “point” mutations, have been widely used in coronavirus research.

Since the initial 2002-2003 SARS pandemic, which also originated in China, there have been attempts to create a broad-spectrum vaccine that would provide long-lasting protection against a variety of coronaviruses that might emerge from nature and infect humans.

One such approach has been the development of live-attenuated vaccines like those used for the childhood diseases measles, mumps, rubella and chickenpox, in which a weakened or “attenuated” form of the virus that causes the disease is manufactured.

Because live-attenuated vaccines are so similar to the natural infection that they help prevent, a strong and long-lasting, even life-time immune response can be produced.

In a 2018 scientific article, Dr Baric offered a strategy for the development of a broad-spectrum, live-attenuated vaccine for coronaviruses.

Baric also identified the inherent danger of live-attenuated virus vaccines that they have been shown to revert back to their original pathogenic structure after administration to a recipient.

That risk is exponentially increased for “self-spreading” vaccines, which are essentially genetically engineered live-attenuated vaccines designed to move through populations in the same way as viruses, but rather than causing disease, conferring protection.

In my two previous articles, here and here, I cited evidence supporting the argument that the COVID-19 virus originated in connection with China’s vaccine development program, in which a live-attenuated virus may have reverted to its deadly form after a human infection and then leaked from laboratory containment.

Given the mounting evidence, a non-natural origin for the COVID-19 pandemic demands investigation.