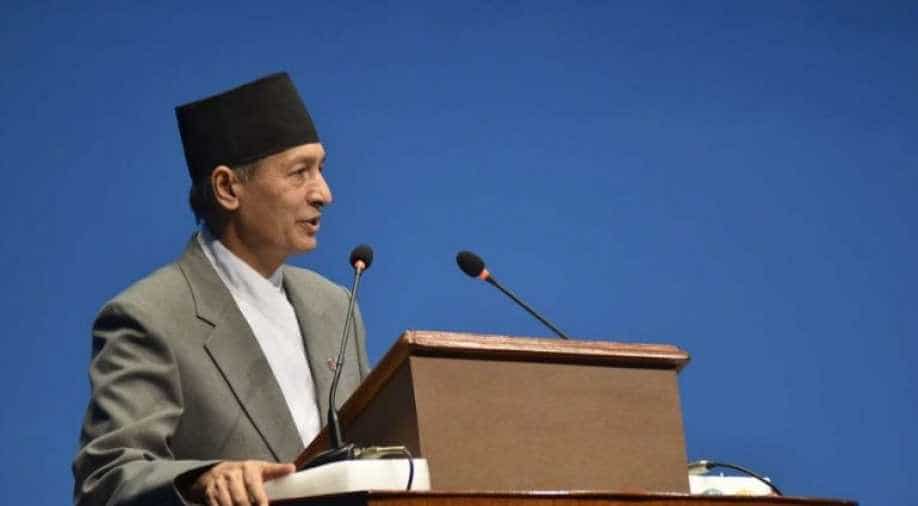 The Defence Ministry had said the Border Road Organisation (BRO) in Uttarakhand has connected Kailash Mansarovar route to Lipulekh pass, which will provide connectivity to border villages and security forces.

"Foreign policy will be drafted on the basis of mutual benefits and respect, international commitment and responsibilities and justice," said Dr Khatiwada while presenting the annual budget for 2020-21 in parliament on Thursday.

"For the promotion of national interest, relations with neighbouring nations, development partners, labour hosting nations along with other friendly nations, for the security, decent employment opportunities and social security of Nepali working abroad, diplomatic missions would be given the charge," added Dr Khatiwada.

Tension has been mounting between New Delhi and Kathmandu after the issuance of the political map by Nepal including the Lipulekh, Kalapani and Limpiyadhura, which India earlier had included in its map issued in November.

Diplomatic ties between the nations were further adversely affected after the inauguration of road linking Kailash Mansarovar via Lipulekh on May 8 after which Nepal handed over the diplomatic note to India objecting the move.

Prior to the handover of the diplomatic note, Nepal had also strongly objected to India's move to construct the road. Following a strong objection from Nepal, the Ministry of External Affairs (MEA) had said the road going through Uttarakhand's Pithoragarh district "lies completely within the territory of India."

Nepal said it has "consistently maintained" that as per the Sugauli Treaty (1816), "all the territories east of Kali (Mahakali) river, including Limpiyadhura, Kalapani and Lipu Lekh, belong to Nepal."

The Defence Ministry had said the Border Road Organisation (BRO) in Uttarakhand has connected Kailash Mansarovar route to Lipulekh pass, which will provide connectivity to border villages and security forces.

After the issuance of a new map on May 18, Nepal on May 22 had registered an amendment proposal to formally include the map in the lately promulgated "Constitution of Nepal 2077."

As the constitution amendment requires a two-thirds majority, the government this week took the decision off the schedule as Nepali Congress, main opposition asked for time to decide on it through its Central Committee meeting, which is scheduled for Saturday.

The government put off the move on Wednesday, but the proposal of the amendment is intact. Though the ruling Nepal Communist Party withholds two-third majority in Upper House, it falls short of dominance in the Lower House compelling it to seek support from other parties.

The House of Representatives or the Lower House of the Himalayan Nation has 275 seats out of which, the ruling NCP has 174 seats and runs short of 10 seats for a two-thirds majority. Main opposition Nepali Congress in the last parliamentary election won 63 seats and the Janata Samajbadi Party has 34 seats.

After the delay in the amendment move, India on Thursday acknowledged that it is open for engagement with all its neighbours on the basis of mutual sensitivity and respect in an environment of trust and confidence.

Speaking on the issue, MEA Spokesperson Anurag Srivastava on Thursday mentioned that India continues to monitor the situation in Nepal.

"On the recent developments on the boundary issue, we continue to monitor the situation in Nepal. We note that this matter is receiving careful consideration in Nepal, taking its seriousness into account. India is open to engaging with all its neighbours on the basis of mutual sensitivity and mutual respect, in an environment of trust and confidence. This is a continuous process and requires constructive and positive efforts," he said.

Mr Srivastava said that in recent years, the bilateral relations have been on an upward trajectory.

"India attaches great importance to the deep-rooted historical, cultural and friendly relations with Nepal. In recent years, our relations have been on an upward trajectory, which is evident from expanding and diversified bilateral cooperation and increased the Government of India's assistance for development and connectivity projects," he said.

"Even in these challenging times of COVID-19 pandemic, India has ensured unimpeded trade and supply of essentials including medicines to Nepal, besides providing assistance in terms of medical supplies and other facilitation," he added.

Indira Ranamagar: The woman who helped 2,000 Nepali kids out of prison