Closer you live to busy road, higher the chance of dementia 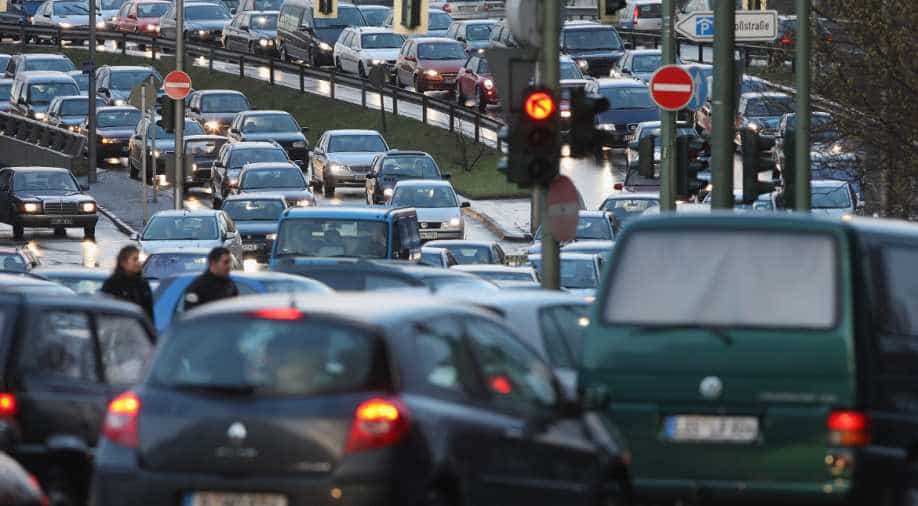 The team analysed records of more than 6.5 million Ontario residents aged 20 to 85 and found 243,611 cases of dementia between 2001 and 2012. Then they mapped residents'?proximity to major roadways using postal codes.(Representative image) Photograph:( Getty )

People who live near busy roads laden with heavy traffic face a higher risk of developing dementia than those living further away, according to researchers in Canada.

A study published in The Lancet medical journal found that people who lived within 50 metres (55 yards) of high-traffic roads had a 7.0 per cent higher chance of developing dementia compared to those who lived more than 300 metres away from busy roadways.

"Air pollutants can get into the blood stream and lead to inflammation, which is linked with cardiovascular disease and possibly other conditions such as diabetes. This study suggests air pollutants that can get into the brain via the blood stream can lead to neurological problems," said Ray Copes, an environmental and occupational health expert at Public Health Ontario (PHO) who conducted the study with colleagues from Canada's Institute for Clinical Evaluative Sciences.

Dementia is caused by brain diseases, most commonly Alzheimer's disease, which result in the loss of brain cells and affect memory, thinking, behaviour, navigational and spatial abilities and the ability to perform everyday activities.

The World Health Organization estimates the number of people with dementia in 2015 at 47.5 million, and that total is rising rapidly as life expectancy increases and societies age. The incurable condition is a leading cause of disability and dependency, and is starting to overtake heart disease as a cause of death in some developed countries.

The team analysed records of more than 6.5 million Ontario residents aged 20 to 85 and found 243,611 cases of dementia between 2001 and 2012. Then they mapped residents' proximity to major roadways using postal codes.

The increase in the risk of developing dementia went down to 4.0 per cent if people lived 50 to 100 metres from major traffic, and to 2.0 per cent if they lived within 101 to 200 metres. At more than 200 metres, the elevated risk faded away.

The team also explored links between living close to major roads and Parkinson’s disease and multiple sclerosis - two other major neurological disorders - but the findings suggested no increased risk of these from living near heavy traffic.

The scientists said their results could be used to help town and city planners take traffic conditions and air pollution into account as urban areas become more densely populated.