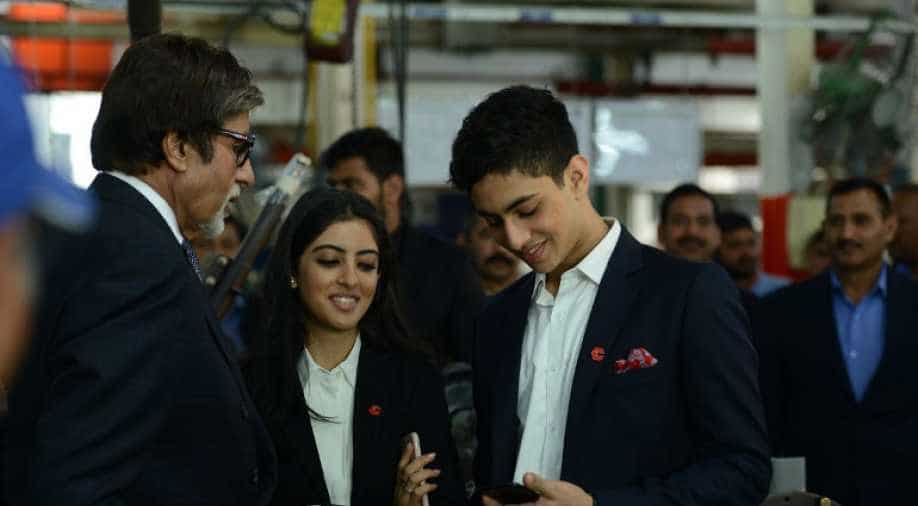 Bollywood actor Amitabh Bachchan spent the larger part of Wednesday shooting a film for his son-in-law in a factory in India's capital New Delhi.

Big B, who lives in Mumbai, wrote in a Facebook post that he left for Delhi early morning in order to shoot for a film in the factory of his son-in-law Nikhil Nanda.

The Bollywood actor said the best part of his visit was the time he spent with his grandchildren Agastya and Navya Naveli, children of his daughter Shweta and Nikhil.

T 2485 - To Delhi in the morning to work at son in law's factory and to be with the apples of my heart .. my grandchildren !! pic.twitter.com/EUijqXKW5W

Big B, 74, has given Bollywood some of its biggest hits including "Sholay", "Deewar", and "Zanjeer." This year, he starred in the critically acclaimed "Pink."