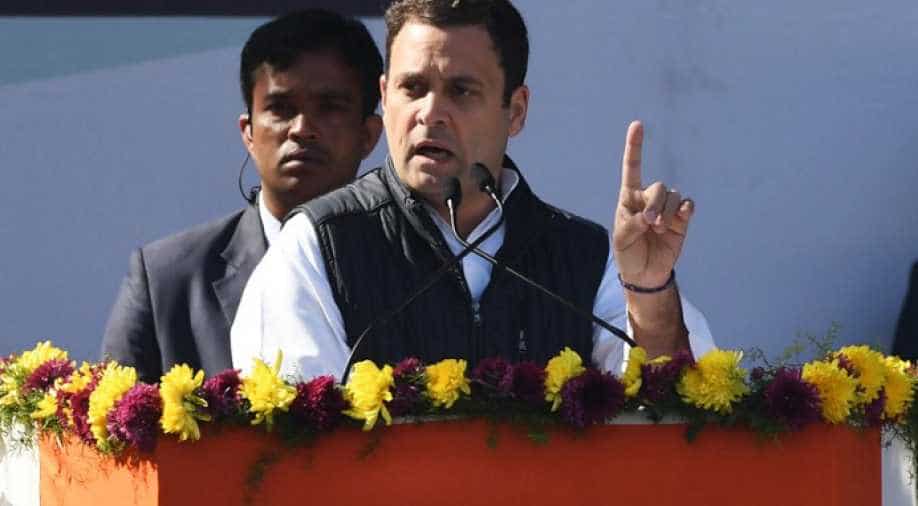 Pakistan warned India against cross-border strikes after Indian authorities blamed Pakistan-based Jaish-e-Muhammed (JeM) for an attack on an Army camp in which soldiers and their families were targeted. Saturday's attack on the Sunjuwan camp in Jammu was the worst in months, with five soldiers and the father of one of the soldiers killed and women and children among the ten wounded.

No solution other than dialogue with Pakistan: Mehbooba Mufti

Jammu and Kashmir chief minister Mehbooba Mufti on Monday called for a dialogue with Pakistan amid the increase in ceasefire violations by the country and a rise in terrorist activity in the state. Mehbooba Mufti said on Twitter that she would be "labelled anti-national by news anchors" for her views.

Campaigning for the upcoming polls in Karnataka, Rahul Gandhi today targeted Prime Minister Narendra Modi while addressing a gathering at Raichur. "When China is creating 50,000 jobs every 24 hours, our Prime Minister Narendra Modi, despite launching 'Make in India', Start up India' and 'Digital India', has only created 450 to 500 jobs in 24 hours," Rahul Gandhi said.

Embattled liquor tycoon Vijay Mallya has lost another legal battle linked to his now- defunct Kingfisher Airlines after the UK High Court awarded Singapore-based BOC Aviation an estimated $90 million in claims. The latest case involving the 62-year-old businessman, whose extradition case over alleged loan defaults amounting to around Rs. 9,000 crore returns to Westminster Magistrates’ Court in London on March 16, is related to the leasing of aircraft by Kingfisher Airlines dating back to 2014.

The weekend saw Internet obsessing over a clip from an upcoming Malayalam film Oru Adaar Lover which features debutant actress Priya Prakash Varrier.  Part of a song from the film, the clip has Priya winking and raising her eyebrows at her co-star in the film. And the Internet cannot get enough of her.