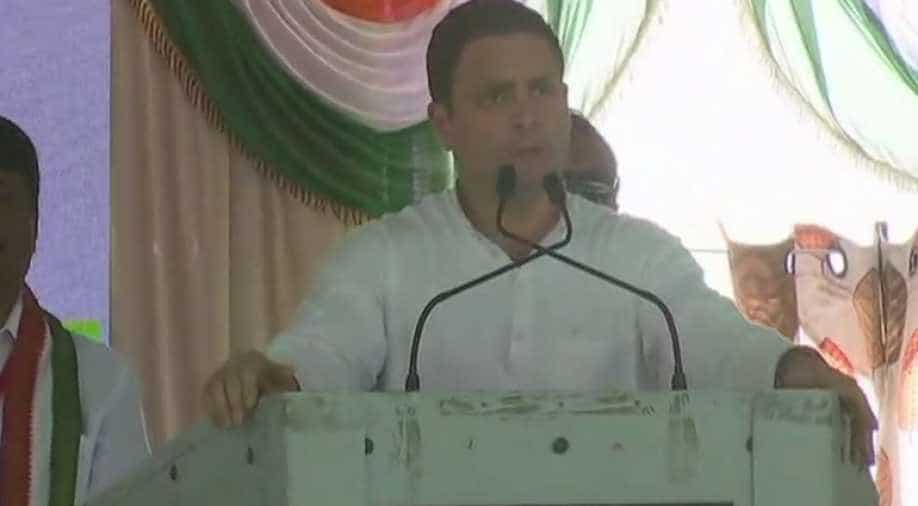 Rahul Gandhi also visited a Dargah during his rally and is expected to visit more religious places. Photograph:( ANI )

"When China is creating 50,000 jobs every 24 hours, our Prime Minister Narendra Modi, despite launching 'Make in India', Start up India' and 'Digital India', has only created 450 to 500 jobs in 24 hours," Rahul Gandhi said.

PM Modi has no answers to huge unemployment and farmers' distress, he alleged.

Gandhi, who is on day three of his Janashirvad Yatra in poll-bound Karnataka, said the prime minister should look “left and right” before talking of corruption.

“If you want to talk about corruption, talk a bit about Amit Shah son’s corruption. How he made Rs 80 crore out of Rs 50,000 in three months. You should also be telling this to the country,” he said.

Amit Shah has rejected allegations of corruption against his son Jay Shah, who had filed a criminal defamation suit against the news portal which claimed his business fortunes had zoomed after the BJP came to power in 2014.

"I had personally gone to his office and requested him to waive their loans, Narendra Modi did not even utter a word and he kept quiet."

Rahul Gandhi will be addressing public meetings in Raichur and Kalaburagi districts of Hyderabad-Karnataka region today.