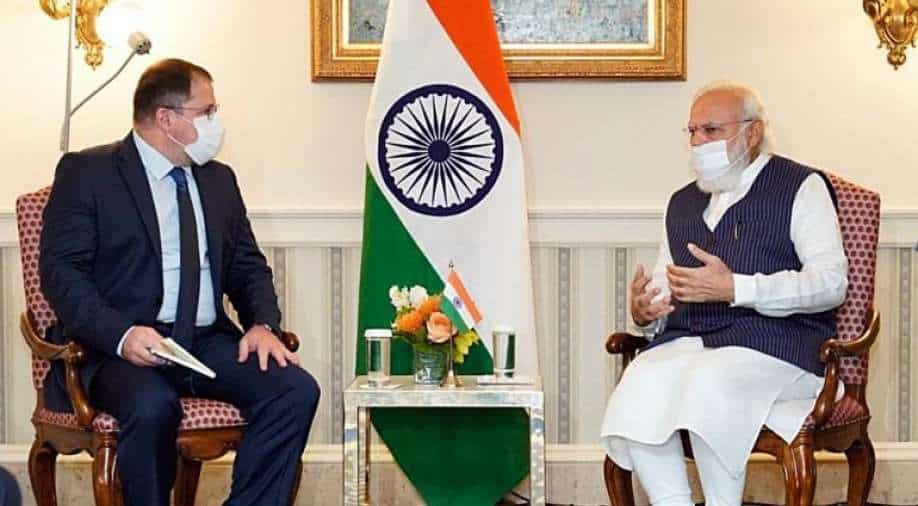 Amon said Qualcomm would continue to invest in India, adding that India could be an important destination for the semiconductor industry, subject to the availability of infrastructure.

As India is pushing for safe and secure 5G technology and amid a global shortage of semiconductors, Prime Minister Narendra Modi's one-on-one meeting with Cristiano E Amon, the President and CEO of semiconductor maker Qualcomm, is of huge significance.

Apart from Qualcomm, PM Modi also met with CEOs of Adobe, First Solar, General Atomics and Blackstone on Thursday (September 23) during his visit to the United States.

The official handle of the Prime Minister's office also tweeted that PM Modi has highlighted the vast economic opportunities India has to offer and Amon expressed "keenness to work with India" in areas such as 5G and other Digital India efforts.

Sources said Amon expressed enthusiasm to work with India on ambitious digital transformation programmes including in 5G, PM WANI and others. He also expressed interest in partnering with India to work in the field of semiconductors.

"We are so proud of our partnership (with India)," Amon said in the video posted by PMO after his meeting with the prime minister.

"We talked about 5G and the celebration of 5G. We talked about an incredible opportunity to advance the industry not only domestically in India but India as an export of technology," he said in response to a question.

"We talked about semiconductors, which is kind of an important topic of conversation. And we talked about the opportunity to continue to build an incredible mobile ecosystem that is developing in India. We are very pleased with the conversations and we're very, very happy with everything we're doing together with India," he said.

It is a great meeting…we are so proud of our partnership with India.

Here is what President and CEO of @Qualcomm, @cristianoamon said after the meeting with PM @narendramodi in Washington DC. pic.twitter.com/ggOrSRoWxn

Responding to a question, Amon said Qualcomm would continue to invest in India and he said that India could be an important destination for the semiconductor industry, subject to the availability of infrastructure.

India, he said, is a great place for investors, not only to invest directly, but also to support other companies. For example, Qualcomm has a designing India program that helps several startup companies in India.

A release from the Indian Ministry of External Affairs said they discussed "investment opportunities offered in India’s telecommunications and electronics sector."

This included the recently launched Production Linked Incentive Scheme for Electronics System Design and Manufacturing as well as developments in the semiconductor supply chain in India. Strategies for building the local innovation ecosystem in India were also discussed.

Qualcomm is an American multinational corporation with headquarters in San Diego, California. Incorporated in Delaware, it creates semiconductors, software and services related to wireless technology.

A world leader in 3G, 4G and next-generation wireless technology innovations for more than 30 years, Qualcomm is now pioneering its way to 5G with a new era of intelligent products.

As India is looking for a major investment from Qualcomm, discussions on strategies for building the local innovation ecosystem will be pivotal for India.