Why is Ukraine such a popular choice for Indian medical students? 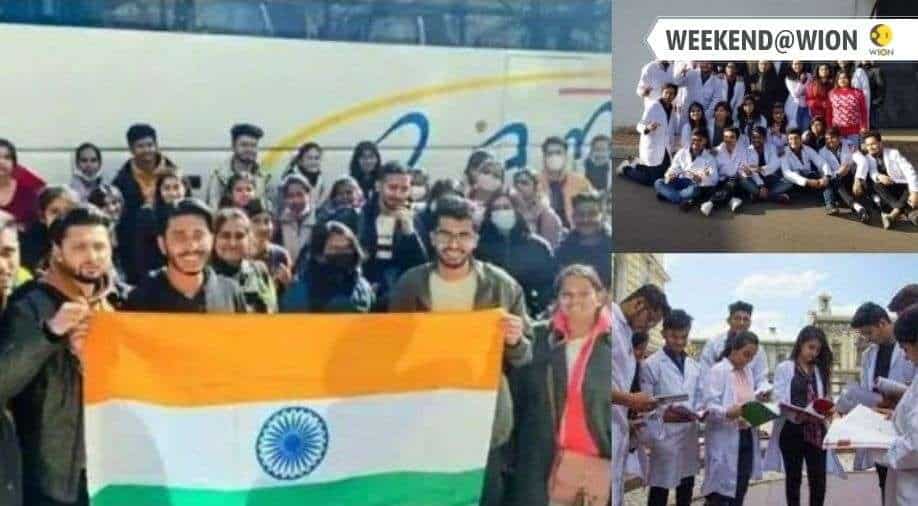 Around 22.9 per cent of total international students in Ukraine are Indians. Photograph:( WION )

Many students from Tier 2 and 3 cities are helped by private contractors to gain admission to quality medical colleges in Ukraine, which offer education at a considerably lesser cost than in India.

The Russian invasion of Ukraine has caused terror and fear among thousands of Indian parents whose children have been left stranded in a country where air raid sirens are blaring and Russian forces are dropping bombs and missiles.

India's efforts to evacuate its citizens from the crisis zone were severely hampered when Ukraine barred its airspace.

Let's try to figure out why there are so many Indian students studying medicine in Ukraine, what the benefits are, and what is going on with them right now.

According to Ukraine's Ministry of Education and Science, there are around 18,095 Indian students in the country.In 2020, 24 per cent of its overseas students were from India.

Ukraine ranks fourth in Europe for having the largest number of graduate and post-graduate specialisations in the field of medicine.

Some of Ukraine's state-run universities are well-known for providing high-quality education, and Indian parents choose to send their children to these institutions rather than pay a high cost for a lesser-known private medical college in India.

Fees are lower than in India

Ukrainian medical colleges are a godsend for students who are unable to get seats in government colleges or afford the hefty prices charged by private institutions in India.

A six-year medical degree in Ukraine costs Rs 1.7 million, less than private medical colleges in India, and is a popular choice for those who do not have the grades to enter publicly-funded Indian institutions.

Licence to practice in India

When students return to India with foreign MBBS degrees, they must take the National Board of Examinations' Foreign Medical Graduate Exam (FMGE) to receive a licence to practise medicine in India.

Nearly 4,000 students with medical degrees from Ukraine take the FMGE each year, but only about 700 pass.

However, the lower pass rate does not dissuade students from enrolling in Ukrainian universities.

No entrance exam, and instruction is in English only

Another reason why Indian students choose Ukraine to study medicine is that there are no entrance exams to pass in order to gain admission to medical schools.

Students also remark that because English is the medium of instruction, it is simple for them and that they do not have to worry about learning a foreign language, as they would if they were in another nation.