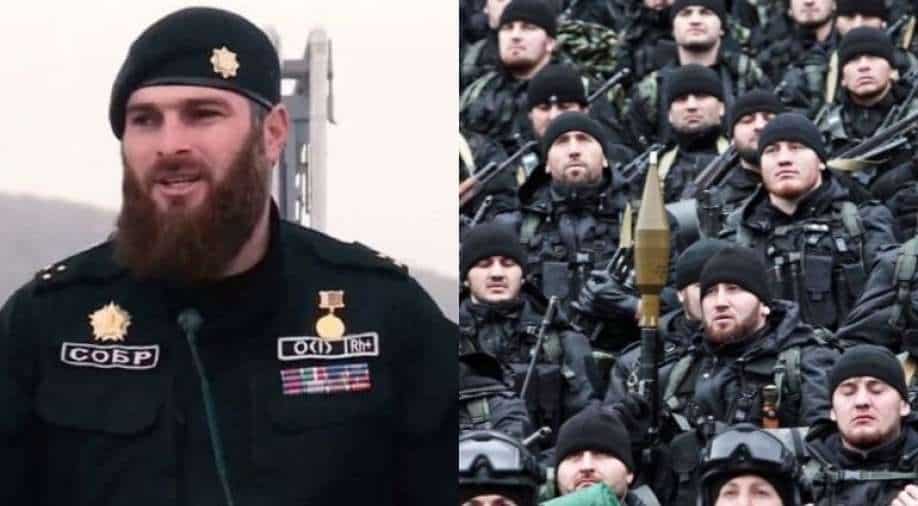 The claimed assassinations by the terror squadron constitute a psychological blow to Vladimir Putin's stymied ambitions to invade Ukraine.

Disclaimer: A number of claims and counterclaims are being made on the Ukraine-Russia conflict on the ground and online. While WION takes utmost care to accurately report this news story, we cannot independently verify the authenticity of all statements, photos and videos.

According to the Daily Mail, Ukraine dealt a big blow to Russia by supposedly killing a large contingent of vicious Chechen special forces ordered to assassinate Ukraine's president, Volodymyr Zelensky.

The military force, which is known for its horrific aggression and human rights violations, is alleged to have been decimated after their convoy of 56 tanks was blown to smithereens by Ukrainian missile fire near Hostomel, just northeast of Kyiv, on the second day of the Chechens' deployment.

It's unclear how many people were killed, but the number is expected to be in the hundreds, according to the article.

Chechen general Magomed Tushaev is alleged to have been among those killed.

According to the Daily Mail, he was the commander of the 141st motorised national guard brigade, Chechen President Ramzan Kadyrov's special squad.

Tushaev had also been photographed with Kadyrov, indicating his prominence to the Chechen leadership, which gained international infamy for hunting down, torturing, and killing gay individuals, according to the Daily Mail.

Before their supposed deaths, Kadyrov is said to have paid a visit to his doomed squadron in a Ukrainian woodland.

The claimed assassinations by the terror squadron constitute a psychological blow to Vladimir Putin's stymied ambitions to invade Ukraine.

According to the Daily Mail, Russian President Vladimir Putin despatched the gang to capture or assassinate Ukrainian President Volodymyr Zelensky, knowing well well that the fighters' ruthless reputation would instil dread in the hearts of beleaguered Ukrainians.