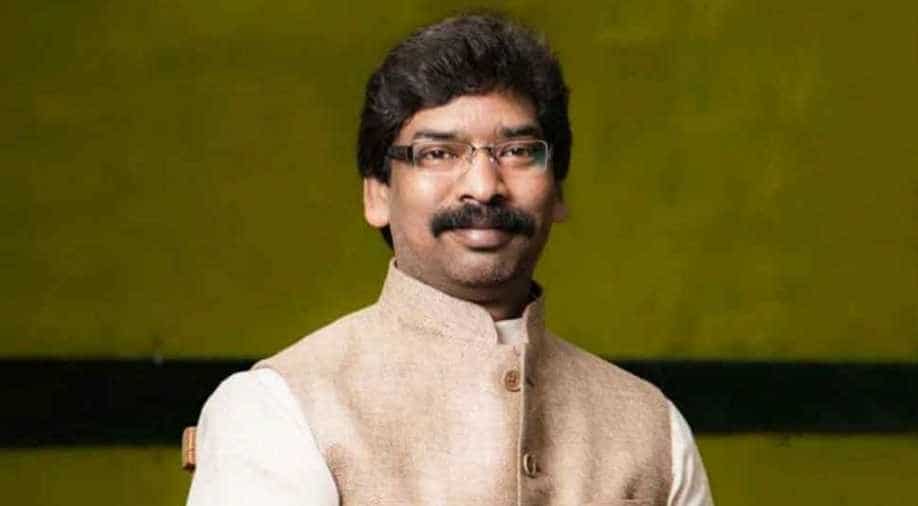 The son of Shibu Soren, founder of the JMM, Hemant Soren was born in Ramgarh district in Jharkhand on August 10, 1975.

The alliance of Jharkhand Mukti Morcha, Congress and Rashtriya Janata Dal secured a victory on Monday in Jharkhand Assembly Elections paving the way for Hemant Soren becoming the next chief minister of the state.

Hemant Soren who was declared a chief ministerial candidate by the Congress and the RJD in a pre-poll alliance, dedicated the victory to the voters and said that it will mark the beginning of a new chapter in Jharkhand.

The son of Shibu Soren, founder of the JMM, Hemant Soren was born in Ramgarh district in Jharkhand on August 10, 1975.

Soren completed his schooling from Patna High School. According to the affidavit filed before Election Commission, Soren had enrolled for mechanical engineering at a Ranchi college but failed to complete the course.

In 2005 Soren contested the state assembly polls from Dumka constituency, marking the debut of his political career, however, he defeated by his party rebel Stephen Marandi. In 2009, became the senior leader of JMM after the sudden death of his elder brother Durga.

In 2013, he became the youngest chief minister of the state with support from Congress and RJD and served from 2013 to December 2014.

Soren became a leader of the tribals in Jharkhand after he led a protest against proposed amendments of Chhota Nagpur Tenancy Act and Santhal Pargana Tenancy Act in 2016.

He has also been a vocal protester of the Direct Benefit Transfer in Public Distribution System and has voiced concerns over the scheme might cause suffering and injustice.

Soren is also a critic of proposed amendments to the Land Acquisition, Rehabilitation and Resettlement Bill by the Jharkhand government.

After this landslide win, Soren will succeed Raghubar Das of Bharatiya Janata Party.