We have shown what a resolute government with strong mandate can achieve: PM Modi 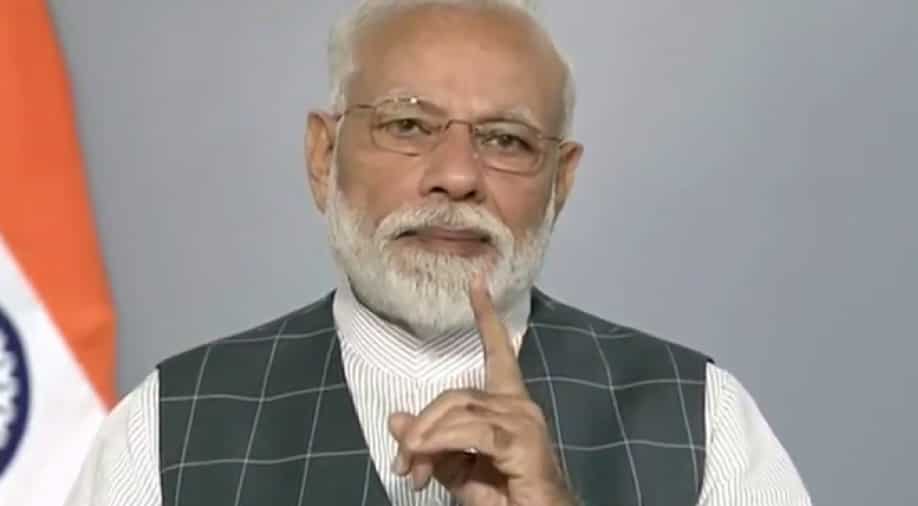 The issue was much bigger than politics and it concerned the nation as a whole, Modi said on Article 370 ahead of the crucial Independence Day speech.

Having seamlessly piloted the revocation of Article 370 in Jammu and Kashmir, Prime Minister Narendra Modi touched upon landmark decision and discussed at length about his government's achievements in the first 75 days after he returned to power with a thumping majority.

PM Modi said that when it came to people opposing the decision of Article 370, the list included the usual suspects. The PM accused political dynasts of supporting terrorists in the Kashmir valley and also trained his guns at some opposition parties.

The issue was much bigger than politics and it concerned the nation as a whole, PM Modi said ahead of the crucial Independence Day speech.

He promised the people of Jammu and Kashmir and Ladakh that the region will develop as per their dreams and ambitions.

He referred to Articles 370 and 35-A, like chains that "kept the people tied".

On the issue of democracy in Jammu and Kashmir, the Prime Minister reiterated what he said in a televised address to the nation a few days back.

PM Modi had said that elections will be held in Jammu and Kashmir as soon as possible, and Kashmiris will represent their region in the legislature.

He also said that emphasis would be given to panchayat or local body elections and added that he had asked the state's Governor to organise block panchayat elections as quickly as possible.

Other than Kashmir, the Prime Minister also highlighted his government's achievements so far after coming back to power.

PM Modi batted for clear policy and right intentions and said he has shown what a resolute government with a strong mandate of the people can achieve.

Speaking about Chandrayaan-2's successful launch and criminalisation of triple talaq, the Prime Minister said the recent Lok Sabha session as the most productive one since 1952 and highlighted some of the major legislation passed by his government.

He also underlined the National Medical Commission (NMC) reforms, and the Insolvency and Bankruptcy Code and said